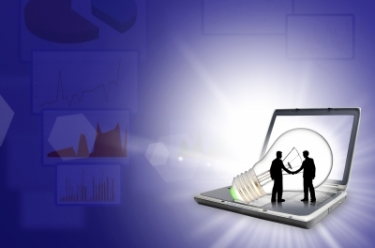 Jobs advertising levels across Australia are up by 41.5% month on month according to the latest employment report from recruitment firm SEEK.

But in contrast, the July report from SEEK also reveals that on a year on a year basis, job advertising is down 32.8%.

SEEK also reveals that all States saw a rebound in job advertising across the month, but continue to be down from year-on-year volumes.

According to the SEEK report, the industries contributing most significantly to month-on-month job ad growth are Trades & Services (51%), Healthcare & Medical (34%) and Hospitality & Tourism (80%).

“June employment data showed positive job ad growth for all states and territories. New South Wales job ad volumes were up 41.9% in June when compared to May, and we saw more opportunities for jobseekers in the Sydney metropolitan area and surrounding regions than we have seen for some time,” said Kendra Banks, Managing Director, SEEK ANZ.

“Queensland also tracked well in June, with job ad volumes up 42.4% month-on-month. Areas such as the Sunshine Coast, Brisbane and the Gold Coast showed strong employment opportunities across a range of industries including Hospitality & Tourism (up 70%), Trades & Services (up 33%) and Healthcare & Medical (up 19%) month-on-month.

“While June was the second month of continuous month-on-month job ad growth for the nation, the recent restrictions in Victoria have meant that we’re seeing job ad volumes begin to slow in the state.”

SEEK also reveals that state of the industry sectors data continues to show a correlation between the easing of restrictions and growth in jobs advertised.

Trades & Services made the strongest contribution to job ad growth in June, up 51% month-on-month, with SEEK reporting that top jobs for the sector included automotive trades, labourers, electricians, welders and boilermakers, and hair and beauty services.

This was followed by Healthcare & Medical, which was up by 34% month-on-month, and which SEEK says “should come as no surprise, as the industry has performed well throughout the pandemic”.

“Roles such as physiotherapy, nursing (aged care and general medical), dental, psychology, counselling and social work, medical administration and general practitioners were in demand throughout the month,” SEEK reports, with hospitality & tourism also making a strong contribution to job ad volumes, up 80% month-on-month in June.

All states and territories showed growth in the hospitality and tourism sector as governments eased restrictions and allowed the industry to reopen, albeit in a limited capacity, SEEK says - with top jobs including chefs and cooks, wait staff and bar and beverage staff.

Kendra Banks, Managing Director, SEEK ANZ comments: “The Hospitality and Tourism sector has been significantly impacted by the coronavirus pandemic, as businesses were forced to either close or limit their operations.

“An 80% increase in job ad volume in June should come as welcome news for job seekers in the industry, however we expect this growth to be short-lived in metropolitan Melbourne as the state re-entered lockdown in early July.”

More in this category: « Australian firm offers new way of facing up to job interviews Cisco Australia NZ named best place to work in region »
Share News tips for the iTWire Journalists? Your tip will be anonymous