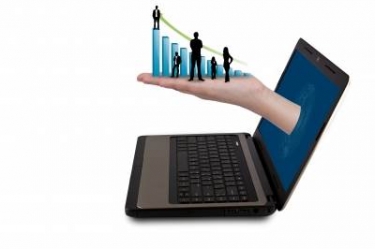 Employment opportunities for Australian executives are growing again after two months of coronavirus lockdown, according to a report by executive search firm EL Consult, and despite IT executive job advertising falling by 1% in May.

The losses in the IT sector in May were centred in the larger states, while the smaller states pushed “mildly higher” to produce the overall slightly negative result, EL Consult says in its June report on executive advertising across various business and industry sectors.

“Adequate and workable new work from home solutions provided by IT professionals may have both negative implications – isolating some workers in a solo home environment – but also positive implications in that reduced corporate costs produce more overall jobs,” EL Consult notes, adding that “the performance of Information Technology executive advertising was good given that it performed better than all other sectors in the prior month.”

EL Consult says the growth in executive employment opportunities is a good sign for the economy in general and in keeping with its predictions that “this will, at least for middle Australia, be a V- shaped recovery”.

According to EL Consult, although, a good part of the newly advertised positions are public sector, “showing a ramping up of the economy by our political leaders” there a clear signs that the private sector is also employing again.

Grant Montgomery, managing director of EL Consult - which publishes the E.L Index - said there is considerable room for optimism.

“It is hard to abide by the dire predictions of many pundits that we are now entering a long recession. Sure, the economy was shut down and this will have very adverse effects on some industries but the “technical” recession we are in is quite different from the ones seen in the past,” Montgomery said.

“For starters, there has been no real failure of any economic fundamentals as there were in past recessions such as mortgage or lending failures that effect asset values for years into the future.

“And importantly, unlike past recessions the governments of the world have all gone on crazy spending sprees. This extreme spending that was notable under Rudd in the GFC has become a world phenomenon so large that the most likely longer-term outcome is asset inflation for years to come.

“This can be seen by the share market which is ramping up almost as fast as it fell two months ago.”

According to Montgomery, the support that governments have given domestically and globally, both in fiscal and monetary policy, “has stopped people pulling the trigger on large-scale retrenchments across the economy, with only very exposed sectors being hit hard.”

“Of course, there is a lot of immediate unemployment particularly in the travel and tourism industries and for many businesses in this sector two months of revenue gone forever as most customers cannot simply double their travel spend when restrictions subside.

“This is not to say that the two or more months of lockdown will not have some far-reaching effects for employees,” Montgomery cautioned.

Noting that “many are predicting that the post corona virus lockdown will see home working and zoom conferencing the new normal,” Montgomery says, however, that this is very unlikely.

“As has been examined in previous E.L Indexes the lockdown has not affected management much at all. Sure, this group can work from remote sites using modern technology but as a longer-term evolution it is extremely unlikely.

“Management that work from home are less productive and less innovative. Home creates distractions that causes loss of focus and innovation requires other people to bounce ideas off that doesn’t occur in a formal zoom conference.

“It was well know before and more obvious now that remote home working executives are usually ignored when promotion time comes around.

“Most unemployment caused by the lockdown was skilled and semi-skilled workers because they could not work from home, and they needed a place of work like a factory, shop or restaurant to work in.

“The rest that could work from home were those technology-based roles such as call centres, booking centres and help lines,” Montgomery said, adding that “if employers were not thinking before of the possibility of getting rid of high-priced CBD office rents by getting those employees to work from home, it must now be becoming very obvious to them.

“But beware of the social consequences. The textile industry found in the 60’s that it could close its factories and get the seamstresses to work piece rates at home. They became a social under class of working unseen poor that were heavily exploited and eventually terminated when the rates could no longer compete with countries with much lower living standards.

Off course call centres have been off-shored for years but the communication quality is not to take over proper help centres and professional marketing services, for example.”

Across the business and industry sectors, Montgomery says that there has been a strong upswing in government positions, with the public service back into hiring “after going into the foetal position for a couple of months while they dealt with the changes associated with COVID-19”.

“Gains in the public sector were centred on engineering positions, as various governments across Australia ramped up designing and delivery of infrastructure to “shovel ready” to benefit from the federal funding initiatives.

EL Consult says that marketing positions have been more affected by the lockdown as business development is more effective with face to face meetings, while management gained due to the increasing interest in government positions.

And management gained due to the increasing interest in government positions, "while after the severe losses of the two prior months, the financial, engineering and Information Technology sectors saw minor falls," EL Consolt concluded.

More in this category: « Online job ads rose in May after dismal April, says SEEK ICT sector way behind pre-COVID employment levels »
Share News tips for the iTWire Journalists? Your tip will be anonymous