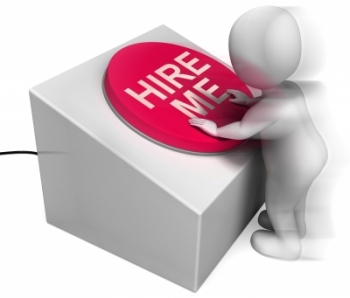 Demand for executives in the ICT sector plummeted in October for the third consecutive month in contrast to the continuing trend in other sectors of the Australian economy where demand rose by 9% nationally.

The employment outlook for ICT executives bucked the national trend in October, losing another 10%, representing a straight quarter of losses.

It was losses in Victoria that undercut the result in the ICT sector, although EL Consult says gains in New South Wales and South Australia gave some “positive impetus” to the results.

But, despite the straight three-months of losses in the ICT sector, EL Consult managing director Grant Montgomery says the sector “seems to have reached a plateau although the volatility in this index means it could well be about to improve next month”.

EL says the 9% increase in executive demand in most states — with Western Australia an exception — for all other sectors put the upward trend at its highest point since 2013 “as NSW steams ahead”.

“The trend is generally higher although with some volatility,” Montgomery says.

According to Montgomery, the Index, which has been researched since 1992, has shown to have “excellent predictive qualities when looking at economic trends in Australia. Typically, it leads general employment data by three months”.

“These strong performances in the largest states while probably adding to house price pressures were defiantly not reflected in Western Australia which has been hit very hard by the end of the resources boom.

“This month Western Australia was the only state to lose ground. Interestingly, five years ago in October 2011, when the iron ore spot price was US$187 a tonne, Western Australian executive demand was 432% higher than today with a spot price of US$65 a tonne.

“Similarly, five years ago Western Australia was 16% of overall Australian executive demand. Today it is 4%.”

But, it is different story for NSW which EL says is riding a strong infrastructure and housing construction boom, rising 12% in October and providing 48% of Australia’s entire new executive positions.

“It’s clear that Sydney and Melbourne are the epicentres of opportunity for executives in Australia and the cranes on the horizons of these cities attest to this,” Montgomery says.

“Overall the numbers are robust and reflect a strong underlying economy though some predictions suggest a ‘fortress America’ may have a considerable impact on international trade.

“Hopefully the new president will prove this wrong and the outcome will be more like Brexit and less disruptive than the pessimists contend.”

The EL demand index for October shows strong public sector jobs growth and Montgomery says the figures show that the state public sectors are “strong employers no doubt driven by the pressures of the strong infrastructure pipelines that are now reaching kick off stage”.

“This is particularly so in NSW and is expected to continue for some time and ultimately drive private employment especially in engineering as project tenders are awarded and construction commences.

“But it is not just State infrastructure that is growing the public sector. According to the Federal Department of Employment, by 2020 Health Care and Social Assistance is projected to make a bigger and bigger contribution to employment growth. The area of social welfare is a boom industry and requires more and more bureaucrats to effectively manage.”

While higher results were recorded over all states and territories except for Western Australia, EL says smaller states did well, with Tasmania and the ACT registering improvements, although “the mainstay of the result was provided by New South Wales and Victoria because of their larger base numbers”.

On a sector basis, management recovered from its losses in the previous month to gain 27% and other gains were milder, with the marketing and financial sectors both up 5% and, as well as ICT, engineering was down after gains in the prior month.

More in this category: « Recruiter Clarius rebrands as Ignite Confidence up, with positive outlook for IT employment »
Share News tips for the iTWire Journalists? Your tip will be anonymous