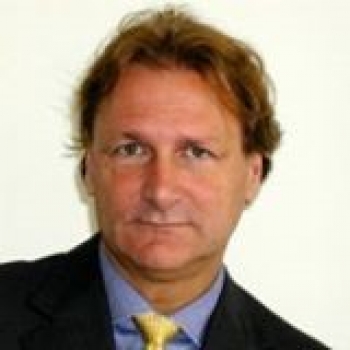 The Information and Communications Technology sector was the only industry sector showing a positive result in June for executive employment demand, according to the latest index from recruitment firm EL Consult.

Demand for ICT professionals increased in June with the EL index for the sector gaining 7% over demand in May, while across all other sectors the employment index fell back to be down by 6% for the month.

But despite the gains in ICT, EL says the sector continues to be volatile and difficult to predict.

“But it would be hard to bet against it given the rise of artificial intelligence as the mainstay of business moving forward.

“In contrast to the long- term trend, recent movements in this sector have been relatively small, despite the index still coming off a small base,” EL notes.

EL also reports that the index for management lost 10% in June to be the worst result out of the sectors.

According to EL, there was a significant reduction in demand in the public sector in June “as we reached the end of the financial year and associated hiring budgets”.

EL reports that the financial index dropped 3%, putting it in the middle of its recent trading range.

“Usually there is a slight correction at the end of the financial year but a 3% fall is not significant in this regard given the monetary and fiscal stimulus that is occurring nationally.

Of the states, EL reports that in New South Wales and Victoria demand fell 7% and 6% respectively and Western Australia recorded a massive 16% fall, while all other states were positive.

According to EL, the fall in demand for executives across all sectors was due to international trade uncertainties and “with soft domestic conditions and the end of financial year affecting sentiment all playing a part”.

EL managing director Grant Montgomery said that “given all the negative sentiment around, at the moment, the fall this month is not all that bad”.

“There is a fair bit of uncertainty in the business sector particularly with China and US trade concerns, tight credit by banks as they try, post Royal Commission, to relearn what business they are in and two major disruptive government elections.

“But a business positive election result, quick action by the Reserve Bank, lowering interest rates and fast passage of tax relief through the new parliament has freed up liquidity and, more importantly, boosted confidence of both businesses and consumers.”

Montgomery also observed that seasonally the end of the financial year often causes a “slight downturn as government hiring budgets run dry and businesses concentrate on their reporting deadlines”.

“But with speed and magnitude of the stimulus measures this seasonal drop should have all but disappeared.

“Clearly the government and the Reserve Bank are concerned and with no action at all we could well be moving towards a recession.

“I believe the booming stock markets around the world are actually adding to the uncertainty as a boom, particularly around this time of the year, often ends up in a bust.

“I am hopeful with the awareness of the Australian and international governments this September will not be a dark one, but it’s kinda scary that a lot really hinges on Donald Trump and Xi Jinping games.

“Nationally, Queensland fell 4% overall which occurred despite a potentially positive employment outcome with the approval of the Carmichael mine and flow on effects for other mines that surround it in the north of the Galilee Basin in Central Queensland.

“Unfortunately, Queensland with its huge deficit is unlikely to be able to take up the Reserve Bank Governor’s call to ramp up infrastructure spending in any significant way and will have to rely on the private sector and the likes of Adani for that state to triumph."

More in this category: « Australian, NZ workers fear for jobs due to digital transformation: report Skilled migrants filling IT positions ‘a positive’ for Australian economy: report »
Share News tips for the iTWire Journalists? Your tip will be anonymous