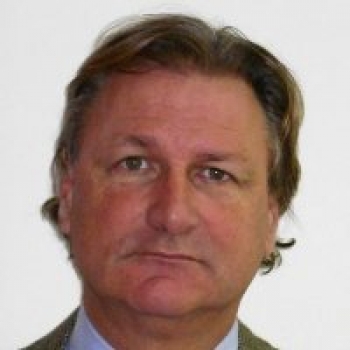 Uncertainty about taxation changes as the Federal budget deficit continues to balloon is affecting the Australian executive job market, according to figures released today.

The E.L Executive Index has being tracking executive job demand since 1992, and figures for May showed a 1% improvement in executive employment, but still slower growth than prior months.

“Business hates uncertainty and the result is business decision making is now comatose.

“Over the last few weeks the budget outlook has gone from surplus to minus $8 billion, to minus $12 billion to now possibly even minus $15 billion with carbon tax changes," he said

"Clearly no one can predict with certainty where the numbers will end up and treasury figures are rubbery at best. Taxation changes have been muted, levies have been suggested.

“Just what sort of trading conditions will exist over the next year is any ones guess and that is just within the Australian economic environment.

“Few businesses have the courage to aggressively increase hiring when the whole frame work of taxation and other commercial legislation could change. “Who is going to be aggressive in their growth plans when their bottom line result may be substantially affected by a changes to the legislative environment?”

“The opposition doesn’t help confidence either. It is no clearer about what changes it may make and really despite the polls no one is really, really certain of a change of government.

“Not certain enough to make the large investments required to build growth said Mr Montgomery. “But despite all this the E.L Index gained 1 per cent with strong surge in demand for marketing and financial executives particularly in NSW.”

“But while overall executive hiring is the best it has been this year it is still down at around a third of the pre GFC levels and is historically bouncing along the bottom.

and highly predictive of the direction of future general economic activity.

“It is clear that business want to employ and grow but uncertainty is making them cautious and holding them back.” Mr Montgomery said.

“After a very poor period New South Wales is now doing far better, leading the way among the larger states as the effects of the resources boom for Western Australia and Queensland tapers off,”.

“We are seeing improving demand for Financial and Marketing executives. The Finance sector is likely to have been positively affected by the gains in global equity markets.

“Typically, marketing is the last resort expenditure. Companies have cut operating costs to the bone over the last few years and now have no choice but to try and build their top line sales to maintain revenues.

“The finance and marketing gains are however not substantial enough to suggest that new jobs are being generated and many cases are more likely replacement hires for people who leave or retire,” said Mr Montgomery.

The gains in March were mostly concentrated in New South Wales. Other states and territories either registered small gains or losses. Overall marketing led the way amid the sectors.

The Financial sector was flat, and all other sectors registered relatively small losses except for Engineering, which continued to perform poorly.

More in this category: « Cause for optimism, despite ‘softening’ in ICT contractor, recruitment market ICT recruitment slowing down ahead of election »
Share News tips for the iTWire Journalists? Your tip will be anonymous