Australia is ‘forging pathways’ for business and technology skills in the digital economy: Coursera report Featured 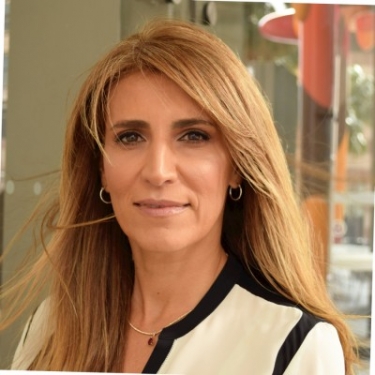 Australians are closing the skills shortage gaps and adapting to the new digital era, according to the fourth annual Global Skills Report released by online learning platform Coursera which also shows that out of 100 countries, Australia’s global ranking has improved since last year, jumping from 40th to 39th in technology skills.

The report reveals that Australia boasts a competitive global proficiency level of 63% in technology, leapfrogging over countries including China (25%), the U.S (43%), the United Kingdom (60%) and New Zealand (39%).

Coursera has today released its fourth annual Global Skills Report, based on first-party data from 1.1 million Australian learners registered on the platform. The report highlights how Australians are closing the skills shortage gaps and adapting to the new digital era.

Out of 100 countries, the report shows Australia’s global ranking has improved since last year, jumping from 40th to 39th in technology skills. Australia boasts a competitive global proficiency level of 63% in technology, leapfrogging over countries including China (25%), the U.S (43%), the United Kingdom (60%) and New Zealand (39%).

In particular, Australia has been ranked as having ‘cutting-edge’ proficiency in cloud computing (81%), web development (90%), data visualisation (75%) and data analysis (84%).

According to Coursera’s report, the acceleration of digital transformation, inflation, and global instability are driving increased demand for digital and human skills needed to thrive in the new economy,

“The Great Resignation and automation are mandating stronger investments in human capital, as institutions must prioritise developing the high-demand digital and human skills required to build a competitive and equitable workforce,” said Jeff Maggioncalda, Coursera CEO.

“Our data shows these skills are not equally distributed, and students and low-wage workers need access to flexible, affordable, and fast-tracked pathways to entry-level digital jobs that offer a foundation for a stronger and more inclusive economy.”

The Global Skills Report draws data from 100 million learners in more than 100 countries who have used Coursera to develop a new skill in the last 12 months (Q2 2021 - Q2 2022) - and the report benchmarks three of the most in-demand skill areas driving employment in the digital economy - business, technology, and data science.

"The widening skills gap is forcing businesses to prioritise upskilling, and helping their workforce improve proficiency in essential technology and digital skills, as Australia adapts to the new economy. This year’s report demonstrates that Australian learners are embracing change and learning new skills to stay relevant, while helping to accelerate economic recovery and growth in a post-pandemic world,” said Sue Turk, Managing Director Enterprise, Australia and New Zealand, Coursera.

Coursera lists key Australian insights from the report including:

Global trends in the report include:

More in this category: « Paxus identifies the key traits of the best recruitment agencies
Share News tips for the iTWire Journalists? Your tip will be anonymous