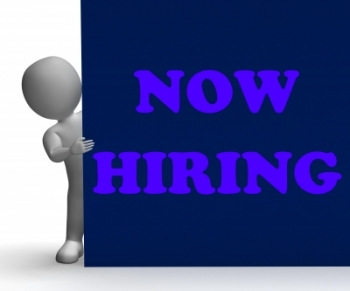 Australian technology companies are at the forefront, with other tech companies in the Asia Pacific region, with “aggressive” hiring plans as part of their ongoing recruiting strategies, according to a newly published report.

According to the report, from talent management firm Radford, a division of Aon, Australian technology companies are also reporting more optimistic hiring plans as part of their forward planning.

And, the report by Radford reveals that Australia reported the third highest aggressive hiring plan across the APAC region, behind China and India – with the percentage of technology companies that plan to hire aggressively in Q2 increasing to 6.9% compared to 5.5% in the previous quarter. 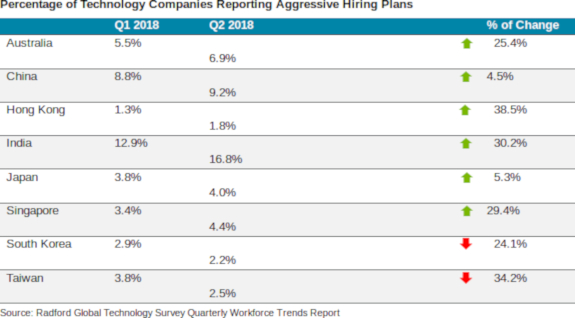 According to the survey, voluntary employee turnover— another key metric on the health of the overall technology sector — remained high in most Asia Pacific markets.

Radford says it typically views voluntary turnover above 10% to be a concern that warrants further examination from companies.

More in this category: « IT helps lead the way in rising demand for executives Jobseekers adapt CVs for algorithm screening: report »
Share News tips for the iTWire Journalists? Your tip will be anonymous