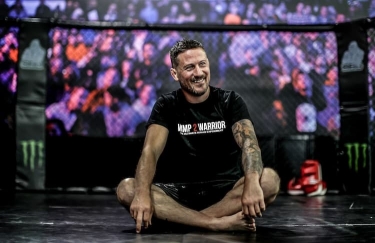 "This fresh capital will be used to accelerate the build of our technology, super-charge our global growth, and attract some of the world's best executives to take us into the next phase of our development," said W2W co-founder and CEO Nick Langton.

Fleet joins W2W from retailer Winning Group where he was working as a consultant on the company's launch into New Zealand. He was previously chief marketing and technology officer at appliance retailer Jones Family Business, following a previous stint at Winning Group as CEO of Appliances Online.

"I live and breathe technology due to a strong belief in the power of continuous innovation to deliver business outcomes at any scale," said Fleet.

"To be able to apply my skills in this area to such a formidable global powerhouse as Wimp 2 Warrior is beyond a dream come true."

Sandbar Investments managing director Darren Smorgon said "What has impressed us most about W2W is the passion and vision of the co-founder and CEO Nick Langton, who has done a fantastic job alongside fellow co-founder John Kavanagh to attract the highest profile professionals in the MMA industry. The global reach of MMA also means that the scalability of the business model is potentially huge."

W2W's Warrior Training Program is available at more than 140 gyms in nine countries. The company plans to launch more than 250 new programs during the upcoming year, as well as expanding into new territories and gyms.

W2W co-founder and MMA coach John Kavanagh said "The incredible success of the UFC has helped MMA to become the fastest-growing sports vertical in the world. And just as CrossFit made functional training globally popular and highly profitable for strength and conditioning gyms, we aim to do the same for MMA."

More in this category: « Boey steps in as regional SVP at SailPoint Lam leads innovation at TAS »
Share News tips for the iTWire Journalists? Your tip will be anonymous