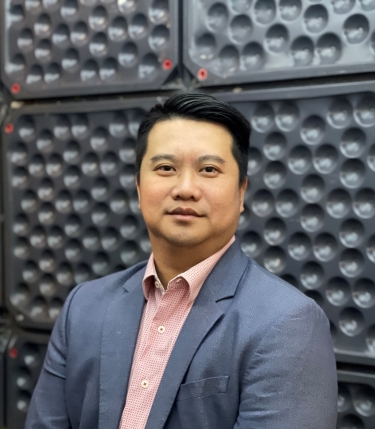 In this new role, he will build existing alliances and raise awareness across the ANZ channel ecosystem, heading strategic direction across Vertiv’s IT, mechanical, and electrical and distribution divisions.

Vertiv sees Le more than capable for this role. Serving the ANZ technology channel for more than 20 years, Le has a proven ability establishing growth opportunities with reseller partners and alliance partners and working cross-functionally across organisations to reduce departmental silos and promote channel confidence.

“Beyond the explosion in consumer IoT devices, Australia and New Zealand’s growing demand for computing power also resides with the business world’s investment in data-driven decision-making and automation,” said Le.

“As quicker data distribution and lower latency demands intensify, cloud-first strategies are shifting course and companies are looking for processing power at the edge. Vertiv’s secure and reliable IT infrastructure, combined with the expertise and on-the-ground support of our partners, makes faster processing—where the action occurs—not only a possibility, but a success.”

To simplify how partners procure the new SmartCabinet 2M and other Vertiv products and services for their customers, Vertiv ANZ has recently streamlined its distribution arrangement to work exclusively with three distributor partners, including Ingram Micro for the IT channel in Australia and New Zealand, and Orion Distributors in Australia and Dove Electronics in New Zealand for the Mechanical and Electrical channel.

“With passion for continuous organisational improvement and desire to establish the channel as the motorway for better customer experience, Le will be a valued member of our leadership team, and a catalyst in strengthening relationships with reseller partners and advancing vendor alliances for a modern channel,” said Shiraz.