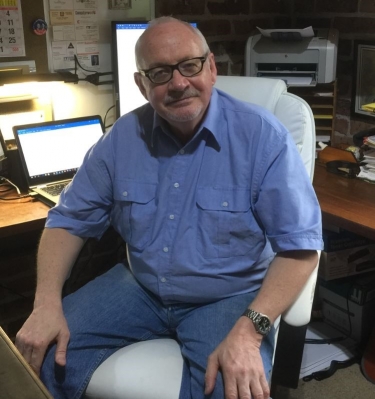 The Australian IT world was shocked and saddened to hear of the untimely passing of veteran technology journalist and analyst Graeme Philipson as the result of a freak accident outside of his Sydney home.

I first met Graeme - or GeePee as he liked to be known - in the late 1980s when was doing a short stint as the editor of Computerworld Australia after leaving a job at the Yankee Group.

The very first thing he said to me was "Stan I'm very pleased to meet you. How would you like to have a surname with me sometime?"

I laughed and we became firm albeit at times distant friends from that moment on. We shared many "surnames" during our meetings over the next 30 years in both Sydney and Melbourne.

In addition to technology, Graeme had a wide range interests, including country music (he was raised in Tamworth), history and travel.

Among Graeme's many accomplishments, were the publication of several books, reports and whitepapers. He also was a co-founder of MIS Magazine.

Graeme and I occasionally lunched together at events and between 2014 and 2016, Graeme worked with me and the team at iTWire.

At that time, Graeme was acting as editor of our telecoms daily magazine CommsWire and each weekday we had early morning Skype meetings, which included discussions, a few arguments and plenty of laughs.

During 2020 and this year, Graeme rejoined the iTWire squad of contributors, submitting a number of articles in his unique style.

As anyone who knew Graeme can attest, he was a big hearted bloke, an exceptionally talented journalist and analyst, and he had a wry sense of humour.

From all of us here at iTWire, our heartfelt condolences go out to Graeme's partner Sharon and his son Max, whom he spoke of often.

Graeme's presence will be sorely missed and the Australian IT scene will be a less cheerful place because of his absence.

More in this category: « Sheedy looks after OT at Fortinet ICT veteran Simon Chassar joins Claroty »
Share News tips for the iTWire Journalists? Your tip will be anonymous