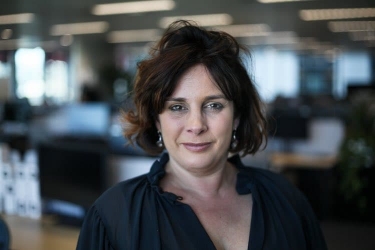 AI-powered BI provider SourseAI has promoted its chief product officer Tanya Hyams-Young to the role of CEO. Hyams-Young was one of the company's founding team.

"It's right to recognise and harness the natural talents of the person that set the course for this business and who has driven the product and client delivery priorities. In many respects Tanya and I have shared the CEO role this past year," said SourseAI's outgoing CEO and now chief revenue officer and executive director Matt Jones.

He noted that Hyams-Young's promotion was unanimously supported by the board.

Before helping found SourseAI, Hyams-Young was head of business enablement at Ovo, a management consultant with The Distillery for Ideas, cloud practice strategy lead at BearingPoint, and senior change manager at Telecom New Zealand.

She holds a BA and a BCom from the University of Auckland.

"Being part of SourseAI's evolution from an idea into a next generation decision intelligence platform that now plays a role in transforming our customers analytics and MarTech stack has been incredible," Hyams-Young said.

"It has been a privilege to work with such a credentialed team of data scientists and engineers to conceive, design and build a platform that offers such immense value."

She added "Our recent trip to the UK with the DIT delegation helped formulate our expansion plans, test product market fit and proved that what we've created here in Australia really resonates with potential customers in the UK and Europe too."

More in this category: « Etiemble joins Tymlez board Fortey towers over Logicalis' sales operation »
Share News tips for the iTWire Journalists? Your tip will be anonymous