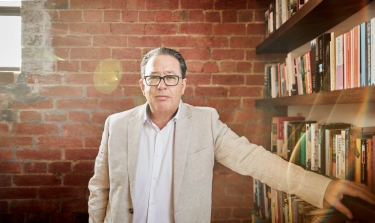 The appointment comes as Smart WFM eyes “aggressive expansion” and a potential public listing, and is its inaugural appointment to its new advisory board.

Griffiths – author of 14 bestselling business books – brings more than 25 years’ business, marketing, and communications experience to the UKG services partner, having worked with a broad range of companies and political bodies worldwide including Telstra, Optus, CBS TV, HP, NYK Line, and the European Union. He delivered a series of workshops for the EU to help prepare a range of businesses for the Brexit transition.

Griffiths says his experience working with Smart WFM CEO Jarrod McGrath and the company’s global expansion were key factors that attracted him to the role.

“I’ve worked with Jarrod for years now helping him launch and promote his books. It was in his writing that I could see the story of how he was reshaping the human capital management industry,” said Griffiths.

“This company is building a legacy and setting the bar for how organisations can get the most out of their people while giving them the best possible experience. It’s hard to imagine anything more important than that opportunity in today’s business landscape, and McGrath and his team bring a rarely found wisdom to where organisations and people meet.”

Smart WFM says Griffiths will work alongside McGrath and Smart WFM COO Rob Scott to drive the company’s global marketing, messaging, and branding strategies as it becomes a more mature global business and sets the scene to one day list as a publicly traded company - and he’ll also play an active role in identifying other members to join the advisory board, focusing on areas including diversity, equity inclusion and belonging, environmental sustainability, philanthropy, and global consulting.

The new role follows accelerated growth of the company’s client base, revenue, and team. Last year it set up Indian and US subsidiaries as part of a major global expansion – with the company saying it s targeting and rising with the increased demand for HCM services, with the market tipped to reach circa $44 billion by 2030.

McGrath says that figure is just the beginning of the opportunity, and Griffiths’ appointment is key to ensuring the company can continue to scale sustainably and position the company as a truly global enterprise.

“We operate in the HCM services market, which we estimate will be about three times the value of the HCM market itself,” said McGrath. “While that’s a huge opportunity, it doesn’t even recognise that this is an industry connected to every paycheque across the globe, and it is dramatically underserved.

“The people-first approach we’ve taken – where we consider productivity, and balancing knowledge workers and operational workers – is clearly working. Andrew understands the journey we’re on but also brings an outsider’s perspective to it, and his expertise will be invaluable on us maximising our growth potential.”

More in this category: « Ericsson revamps company structure and announces key appointments Intelematics finds a new chief product officer in Finney »
Share News tips for the iTWire Journalists? Your tip will be anonymous