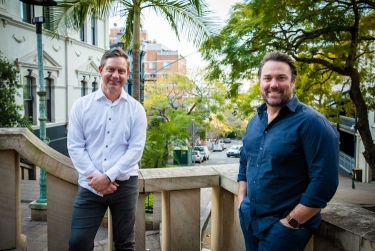 Smart receipt provider Slyp has hired Ashley Davies to be its CFO.

"Ashley coming on board is a great step forward for Slyp. With his experience in the tech sector in both finance and strategic roles, he'll bring an extra level of analytical and financial nous to strengthen our leadership team as we continue our exponential growth and momentum here in Australia, and plan for global expansion," said Slyp co-founder and CEO Paul Weingarth.

"Right now, our focus is on driving forward the smart receipt experience and making sure that next year at least one in two Australians have access to the offering. With Ashley joining the team, it allows myself and the other founders to double down on growing Slyp at scale by integrating more banks, expanding to more merchants, and bringing more Slypsters on board."

Davies brings more than 20 years' experience – ten of them at fintech companies – to Slyp.

He joins the company from Intuit, where he worked as regional head of finance for Asia Pacific and emerging markets.

Davies previously spent six years in a variety of roles at PayPal, including a period as CFO of Venmo.

"I couldn't be joining Slyp at a more exciting time in its journey," said Davies.

"The growth the business has seen since officially launching late last year is staggering and it's clear there's a lot still to come. The upcoming fundraise is just one example of this and implementing steadfast financial processes and commercial modelling will set us up for even bigger capital raises when the time comes.

"I can't wait to get started and help Slyp realise its mission to make smart receipts accessible to millions of Australians nationwide."

More in this category: « TAS promotes Griffin to COO Q-CTRL appoints Tom Stace as Principal Quantum Control Engineer. »
Share News tips for the iTWire Journalists? Your tip will be anonymous