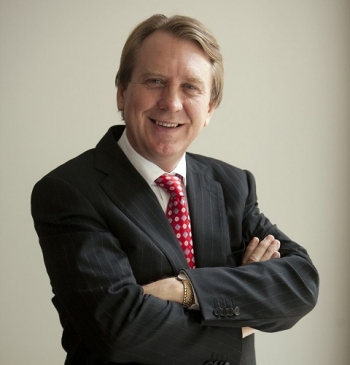 Patton, who was IA’s CEO/executive director from 2014 to this year, has been a high-profile critic of the national broadband network, consistently describing it as Australia’s "inferior broadband network" and calling for the use of fibre-to-the-distribution-point as much as possible for the remainder of the NBN rollout.

He has also repeatedly pressed IA’s case that Australia needs a “21st century broadband network” but that was “not what most people are getting".

Patton takes on the role at ASCA following the past three years as IA CEO/executive director and an extensive career in media, IT and event management.

ASCA vice-president and ASCA nominations committee chair Brook Dixon said the ASCA board was keen to see the organisation increase its contribution to the promotion of smart community concepts across Australia and was committed to working with a wide range of stakeholders.

“Australia is well placed to be one of the leaders in emerging global moves to make our communities more liveable, more sustainable and more technologically empowered. We recognise the importance of putting people first – viewing things from a local perspective while also drawing on international experience,” Dixon said.

“Our board and members hold significant roles in organisations committed to creating smart communities. We are keen to lead the conversation about how best to develop all our communities for the benefit of every Australian.

“Smart community interest and action is accelerating across Australia, with great leadership from the Australian Government, through the prime minister and Assistant Minister for Cities and Digital Transformation, Angus Taylor MP.”

Dixon said ASCA had been working closely with the Australian Government to drive positive smart community outcomes, and looked forward to “building this partnership into the future”.

He said Patton’s immediate priority would be to engage broadly with communities, governments and businesses to ensure ASCA fulfils a central role in stimulating debate and actions designed to help its communities take full advantage of the many exciting opportunities opening up in the 21st century.

“There’s never been a more important time for ASCA to make a contribution to the development of smart communities throughout Australia,” Patton said.

"I'm really excited to be taking on a new role that will enable me to continue to work for a more connected society and all the benefits that go with this from an economic and social development point of view.

“We are fast entering a digitally-enabled world full of new avenues for improving people’s lives by enhancing the places where they live and work.

“While many communities are now poised and ready to proceed, and some already on the journey, there’s clearly a need for a co-ordinated effort across the country that sees us collaborating and sharing our experiences as we experiment and learn. I’m looking forward to working with the ASCA board and members to ensure we make a major contribution to that effort.”

More in this category: « Experian promotes Black to top job in Australia, NZ Google’s Vozzo crosses to Qualtrics in APJ region role »
Share News tips for the iTWire Journalists? Your tip will be anonymous