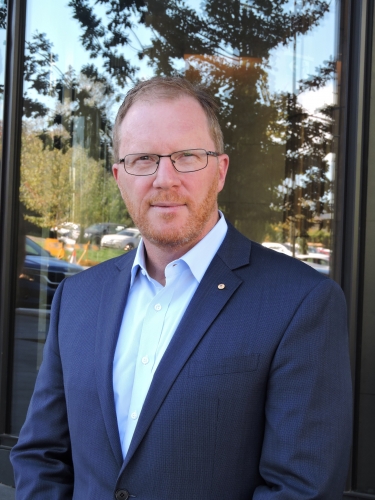 Dr Thompson joins Macquarie Telecom (ASX:MAQ) following a 34-year career in the Australian Defence Force, during which he was Defence’s inaugural Head of the Information Warfare Division (IWD), which coincided with Defence recognising cyber as a battlefield domain for the first time.

“Macquarie shares my view that cyber security needs to transform from a fleeting thought in the national psyche to an issue that is front and centre with the private sector, government and the population at large. In my previous role I’ve seen firsthand just how important cyber security is to every aspect of our society,” Dr Thompson said.

“The government’s Cyber Security Strategy 2020 was a step in the right direction. It has put greater maturity into conversations about cyber security. Australia needs board members and executive teams to develop their expertise in cyber security further, and to cement cyber as a central business operational risk – one that’s mission critical to corporate planning.”

The appointment of Dr Thompson comes just weeks after then Home Affairs Minister and newly appointed Defence Minister Peter Dutton highlighted how cyber-attacks against Australian businesses are on the rise.

In March the Australian Federal Police also labelled 2021 the year of the cyber-criminal, and the Australian Security Intelligence Organisation (ASIO) shared it’s prediction that espionage by nation-state hackers will surpass terrorism as the biggest threat to Australian security by 2025.

Maquarie Telecom says evidence of regional tensions seeping into the online world has formed the basis of Dr Thompson’s “rallying cry, that all levels of our digital supply chain can and should be resident in Australia”.

“The fact remains that most of the time we don’t know where our data is stored or who can access it. Much less the laws to which the companies storing and accessing it are subject,” Dr Thompson said.

“The risk this poses to our cybersecurity and data protection are very real. It necessitates the use of digital supply chain providers that are majority Australian owned and operated and subject to sovereign controls.”

“The government is doing this with defence industry through major procurement of land and naval platforms. It should do the same in cyber where we are already served by local industry capability that is world-class,” he said.

“Collectively, we need to amplify the voices of experts like Marcus who have dedicated their careers to protecting Australia’s people and our way of life.”

More in this category: « McCann returns to Kaseya as regional GM New Relic's new APJ CTO is Michael Fleshman »
Share News tips for the iTWire Journalists? Your tip will be anonymous