Chan takes the reins at ACMI 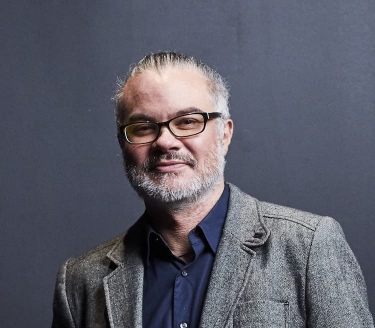 The Australian Centre for the Moving Image has promoted Seb Chan to the role of director and CEO.

"The ACMI board has enormous confidence and enthusiasm in appointing Seb Chan to the role of director and CEO of ACMI," said ACMI board president Janet Matton.

"Despite healthy competition for this pivotal leadership position, Seb impressed us with his vision for the museum's ongoing sustainability and his track record in delivering outstanding creative direction and partnerships during his seven years as ACMI's chief experience officer and trailblazing work for international museums."

Chan is also an adjunct professor at the School of Media and Communications in the College of Design and Social Context at RMIT; an international advisory board member of Art Science Museum (Singapore); a board member of the National Communications Museum (Melbourne); and national president of the Australian Museums and Galleries Association.

Before joining ACMI in 2015 he worked as director of digital and emerging media at the Cooper Hewitt Smithsonian Design Museum in New York.

Chan previously spent 12 years with Sydney's Powerhouse Museum, moving from IT roles to that of head of digital, social and emerging technologies.

Chan holds a first in social work from the University of New South Wales.

"It's a huge honour to be appointed to ACMI's top job to build upon the incredible work of former director and CEO Katrina Sedgwick AM. Working with the Victorian Government, our state's broader cultural ecosystem and the museum's remarkable team, I look forward to consolidating ACMI," said Chan.

"Victoria has always been a global leader in screen innovation, from producing the early 20th century's first feature film to interactive art of the early 21st century and our burgeoning local videogame scene. ACMI is a place where we gather to watch, play and understand how screen content is made and affects us. More than ever, ACMI provides a vital hub to come together and imagine alternative futures."

Victorian Minister for Creative Industries Steve Dimopoulos said "ACMI is one of our most innovative, forward-thinking cultural institutions, and Seb is a groundbreaker and leader who brings great vision, imagination, and a deep commitment to making cultural experiences accessible and inclusive for all."

The Board is so grateful to Graham Jephcott and the wider leadership team for maintaining ACMI's momentum during this time," said Matton.

"Graham and the team didn't miss a beat and will ensure that Seb's transition into his new role will be as seamless as possible."

More in this category: « Ross and Thompson join ParaFlare board Catchpoint adds industry veteran Gerardo Dada as chief marketing officer to accelerate growth »
Share News tips for the iTWire Journalists? Your tip will be anonymous