The SolarWinds annual IT Pro Day awards are now open, celebrating experts who make computer systems run smoothly. Here's your opportunity to nominate the IT Pro in your life.

The awards will be celebrated this year on 20 September, and honour and recognise the critical, but often unseen, work that IT professionals do worldwide.

I'm humbled to say I was the worldwide recipient last year for the IT Pro Day IT Mentor of the Year award, and was so truly delighted to have been regarded so highly by my teams over the years, as well as the SolarWinds Head Geeks who sifted through the entries. I'm thus living proof the awards aren't localised to North America only - so be sure to nominate the IT professionals who make your life easier. 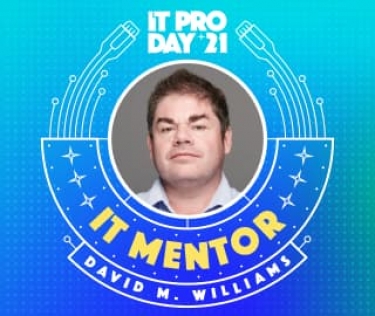 IT teams and roles are increasingly significant in business, with remote work the norm, and with cloud and artificial intelligence becoming increasingly prevalent.

“The job of an IT pro has gotten extremely difficult, but most of their colleagues in non-tech roles have no idea,” said Head Geek Chrystal Taylor. “IT Pro Day was created to honour the critical work IT teams do every day to ensure you can do your job. There are national days recognising administrative professionals, zookeepers, thermal engineers, interns, and more—so it’s only natural to honour the people who make it possible for the rest of the organization to function.”

IT Pro Day is celebrated on the third Tuesday of each September and was established in 2015 to honour the IT pros who keep our computer networks running. The annual awards program recognises technology professionals—at any level—who have demonstrated excellence in their profession. Nominations for the IT Pro Day Awards are open to IT professionals around the world and across several categories:

Everybody is encouraged to nominate their peers, colleagues, and friends in the industry!

More in this category: « Australia not spared as APAC region to lose 63 million jobs to automation: forecast SolarWinds announces 8th annual IT Pro Day Awards and tech market research »
Share News tips for the iTWire Journalists? Your tip will be anonymous