Market may struggle to meet demand for IT specialist skills Featured 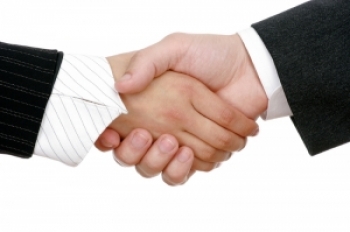 An expected surge in demand for specialist IT skill sets next year is likely to mean there will be a shortage of appropriately qualified professionals to fill the demand.

According to IT recruiter Greythorn, what it calls ‘new world IT’ is set to dominate in 2015, with cloud computing the number one most in demand skill, as it also was in the 2014 survey of over 3,000 IT Hiring Managers and professionals.

Greythorn’s survey reveals that cloud computing skills are increasing in demand by 13% year-on-year.

Richard Fischer, Managing Director, Greythorn  says that following the trends towards mobile optimisation and the digitisation of business, digital skills will also be highly sought after in 2015, with 26% of respondents seeing this as a key skill set.

And, the Greythorn survey also indicates that mobility professionals will also see a rise in opportunities in 2015, with the skill set jumping to the third spot, from not making the top 10 skill sets in 2014.

“We expect to see a significant rise in demand for both digital and mobility professionals in 2015, driven largely by the finance sector, in particular retail banks as they lead the way for mobilisation in Australia,” Fischer says.

Fischer says that those looking to acquire these specialists “will need to be prepared to get in early and ensure they have a streamlined recruitment process so as not to lose out on top talent in what will be a highly competitive market.”

Looking to other areas, Fischer says those skilled in Big Data will experience the biggest rise in demand in year on year, with Greythorn’s research showing Big Data has risen from being the fifth most in demand skill in 2014 to the second in 2015.

And, although security is still in the top 10, Greythorn says it has dropped five places to ninth for 2015, making way for the rising demand in other areas.

Here’s Greythorn’s top 10 skills in demand, comparing this year with 2015:

More in this category: « Job demand uncertainty continues for IT executives Big Data drives demand for specialist skills »
Share News tips for the iTWire Journalists? Your tip will be anonymous