IT bounces back but demand for executives still uncertain Featured 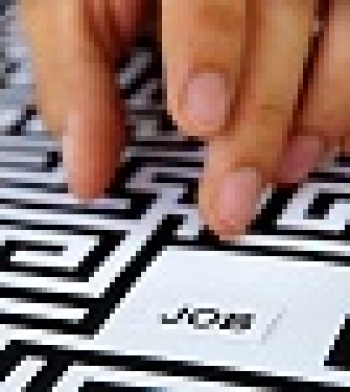 The employment outlook for senior executives in the IT sector remains uncertain as the 2016 business year gets into stride.

While recovering to some extent from its low point in June last year, demand for executives in IT is mostly project-based, making the year ahead one of uncertainty.

According to the latest Executive Demand Index from EL Consult, the IT sector has bounced back from its losses in demand from 2015, but that’s off a very low base and the outlook for the next 12-months is a mixed bag.

EL Consult managing director Grant Montgomery says in the IT sector companies are now looking for efficiency dividends, particularly through the use of internet apps and associated B2C software.

Across all business and industry sectors, after registering a significant fall in the prior month – October last year - the Executive Demand Index rose 12% in November and is now back near its 2015 highs.

According to Montgomery, the rise in the index is a good indicator for the coming year.

“It is difficult to predict the future but the market is sufficiently buoyant that a base line has been found.

“Australian executives may well see a Christmas rally in job availabilities. Anecdotal evidence has it that the market and the economy is slowly picking up.

“But, we are a long way from our peak. We are not growing like a few years ago but it’s getting better.”

There’s some reason for cautious optimism in the IT sector, which has totally reversed the losses it made in October, rising 19% compared with the prior month to allow it to have bounced almost totally from its low point in June 2015.

According to Montgomery, this means that the demand index for IT has regained the recent highs previously set in March and the relative outlier result of August 2014.

“There tends to be a saw tooth result of demand for IT executives mostly because of the project nature of much of the investment. Companies will invest in IT people as they plan and then execute new strategies,” says Montgomery.

“If all goes well and the IT investment delivers the planned savings this should result in a decline in the need for IT professionals until the next upgrade.

The majority of the gains came in Queensland and Victoria, closely followed by New South Wales.

According to Montgomery, the Reserve Bank’s “benign commentary is keeping confidence simmering along,” and he says “it is extremely dovish at the moment while it waits for the US to hike interest rates, allowing our dollar to fall and make Australian producers more internationally competitive”.

“For example, in the notes from its latest meeting the Reserve Bank board said the global economy was expanding at a ‘moderate’ pace, the volatility in financial markets had ‘abated’. The level of employment growth is ‘stronger’ and a low level of inflation.

“If we do get a Christmas rally, then Glenn Stevens, the Governor of the Reserve Bank, would have to be labelled one of the helper Christmas elves.”

In this latest December report, EL says across the market sectors, Engineering bounced back from its recent losses to record the largest gain, “thanks largely to improvements in print-based advertising”.

“Engineering has had a significant movement, taking back all of its losses of the previous month and then moving ahead,” Montgomery said.

“Engineering demand does tend to be lumpier due to the cyclical nature of the construction industry.

“For example, in the WestConnex road project in Sydney there has been a boost in employment of engineers now during planning and there will be a lull from then on until construction starts.

The strength of engineering now is entirely due infrastructure and housing construction and it is very unlikely with commodity prices continuing to fall that there will be further capital investment in the resources sector for some years to come.

“Overall, Australia’s growth rate remains stable so there is no reason for a significant change in demand. However, the tentative signs are that we are in for a good start to 2016.

“Among the states and territories, Victoria managed the best result out of the larger states, followed by New South Wales. Only the Northern Territory recorded a retraction due to losses in its Management sector.”
Read 3222 times

More in this category: « IT Managers face big issues and IT audit is still off the mark Wellington still on the lookout for Aussie tech talent »
Share News tips for the iTWire Journalists? Your tip will be anonymous