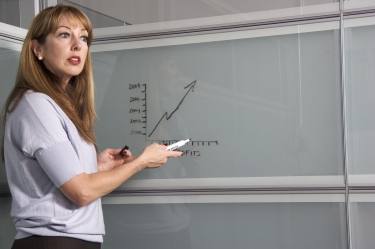 Tech conference for school-aged girls Go Girl, Go For IT will host more than 1,700 girls from over 70 Victorian schools with the aim of educating and inspiring female students to consider a career in STEAM.

The tech conference noted that while collective efforts to advance woman in ICT are starting to have an impact, women only constituted 25% of students studying STEAM in 2019.

It also added there is poor retention of women in STEAM positions.

Of the total university qualified STEAM workforce in 2020, only 29% were women and only a small 13% held executive positions.

Men in Australia are almost twice as likely to be working in a STEAM qualified occupation compared to their female counterparts five years after graduating.

“Girl, Go For IT exposes female students to technology and encourages them to get excited about all the possibilities at an early age. We will be delivering a showcase of STEAM careers designed to put stars in their eyes. We need to help overcome stereotypes and misconceptions because research has shown that girls as young as 11 years old decide what they're good and bad at,” said Go Girl, Go For IT volunteer and managing director Jessica Huynh.

“We conducted the previous two years as cyber events, so the prospect of girls getting hands-on with STEAM related activities for the first time since the 2018 event and being able to inspire and engage with them in-person is incredibly important,” she stresses.

Ambassador for Go Girl, Go For IT 2022 Dr Jenine Beekhuyzen OAM is an advocate for innovation and diversity STEAM.

She says nurturing diversity in Australia’s next-generation leaders will result in a better-skilled future workforce that is better-equipped to solve real-world problems with technology.

“Research clearly tells us that more females in STEAM careers will dramatically boost our economy and yet, women and girls are 25% less likely to know how to leverage digital technology for basic purposes than their male counterparts,” she said.

“With STEAM-based jobs some of the fastest growing and highest paid in the country and the demand for digital skills on the rise, programs like Go Girl, Go For IT play a vital role in exposing girls at an early age to the myriad of opportunities that a career in STEAM in a technology-led economy can offer and shows them first-hand that they are more than capable at achieving anything they set their minds to,” she added.

The event is completely free for students to remove any barriers to participation. Female students from across inner city Melbourne, the suburbs and regional areas are converging for this event, with sponsors providing free transport and buses.

“We have hundreds of girls willing to make the journey for 2.5 hours each way on buses from regional areas. We are determined to make this accessible and inspiring for all. We are thrilled that one participating school, Yarra Valley Grammar in Ringwood, is bringing a massive 210 girls to this year’s event,” says Huynh.

Go Girl, Go For IT is for girls in Years 5-12 from metropolitan and regional schools around Victoria. It will be held on 18 August 2022 at the Burwood campus of Deakin University.

More in this category: « University of Melbourne engages KPMG for cloud finance, HR upgrade using Workday Skillsoft integrates within Coursera for better learning content »
Share News tips for the iTWire Journalists? Your tip will be anonymous