Which programming language and technologies should you learn in 2022 Featured 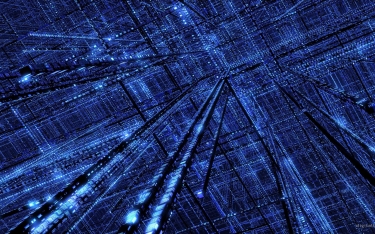 It’s 2022 and if you’re looking to learn a new programming language, DevOps tool, public cloud, or infrastructure items, the big question is which one to go for? Here are iTWire’s picks on where to invest your time and energy.

Last year iTWire surveyed the landscape as the year began, and we're keen to see what’s stayed the same and what’s changed as we start 2022.

According to the StackOverflow 2021 survey the language most commonly used remains JavaScript - no surprise there, and it’s the ninth year in a row it’s been at the top position. HTML/CSS also remains in the number two spot (despite, let’s face it, not being programming languages - but do go hand-in-hand with JavaScript). However, this year Python outpaced SQL and swapped places for third and fourth place, followed by Java, Node.js, TypeScript, C#, BASH/Shell, then C++. PHP misses out of the top 10, coming in at number 11.

Despite this, Rust remains the most loved language by developers, while coming in only at 16th place for languages in use, ahead of Ruby, Dart, and Assembly. So, Rust looks to have a lot of affection amongst its users, but not quite winning the world over for commercial use.

However, irrespective of what people love and what people use, StackOverflow’s survey reveals the highest paying software development work is in Clojure, F#, Elixir, Erlang, and Perl. The first four are reasonably esoteric and not in common use thus perhaps suggesting people who master these more niche languages might not have loads of opportunities, but on the flip side companies using them aren’t overloaded with candidates and are clearly willing to pay more for the speciality. Meanwhile, the number one language in use - JavaScript - comes in at a dismal 15th place when we speak about languages people love. It beats Java, COBOL, LISP, and VBA, but comes in under SQL, Go, Swift, Kotlin, and C#.

Turning to GitHub's 2021 State of the Octoverse report we see insights drawn from the real-world activity of tens of millions of developers across tens and tens of million source code repositories with literally billions of contributions over the year. This reflects what people are actually doing and provides a not so dissimilar top five list of JavaScript, Python, Java, TypeScript, and C#. In fact, GitHub sees no change in the ranking from 2020 until the eighth and ninth place where, in 2021, Shell source code repositories overtakes C.

Like last year these results are unsurprising - JavaScript is the lingua franca of the modern web world, Python is a strong favourite of the data science community, and Java still dominates enterprise applications.

Thus, if you're seeking a language to pick up in 2022 you'd certainly do well to gain experience in JavaScript and Python.

Of course, besides those surveys, there's another important metric of the languages, tools, and platforms you should be looking at, and that is open vacancies on Seek. Despite what the global community says, these are the real opportunities right now in Australia and shows the C family of languages is still important in this region, but SQL dominates, demonstrating the rising importance of data science, analytics, machine learning, and more.

So, this is it - the list of technologies most in-demand in Australia right now, with these positions advertised over December.

If you're looking to take up a new programming language or tool in 2022 take advantage of these data points to help inform your decisions. And good luck!

BACK TO HOME PAGE
Published in CIO Trends
Tagged under

More in this category: « Agile organisations are the most successful, says Zendesk, and here's how you can be too Keep pace with digital innovation or be displaced: IT leaders »
Share News tips for the iTWire Journalists? Your tip will be anonymous