Who will be next ACS President? Featured 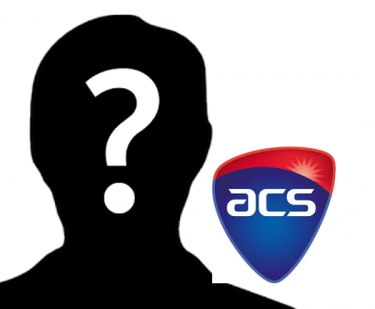 ANALYSIS – Nominations have closed for the election of a new President for the Australian Computer Society. ACS has been without a President since 1 January.

It is the first time in the organisation’s 52 history that the office has been vacant. The President usually serves a two-year term. No election was held last year because ACS management intended to change the organisation into a company limited by guarantee. They were so certain this would happen that they saw no need for an election.

A 75% vote in favour of the change was needed at an Extraordinary General Meeting held in October 2019. The resolution was passed by a single vote, with fewer than 10% of eligible members voting. The vote was subsequently annulled after a ginger group protesting irregularities in the voting procedure successfully challenged the result in court.

In a damning judgement, Justice Wigney found ACS management had rigged the vote their favour and ordered the complainants and the ACS to undertake a ‘case management’ process to reconcile their differences. That process is still underway, with another hearing set for 11 March.

That happens to be the same day that the vote for President will take place. That election will also include a vote for Vice President of Membership and four National Congress positions – these roles also fell vacant when the normal voting procedure was cancelled last year. A list of all nominations is contained at the bottom of this article.

The election is particularly important in view of the current imbroglio surrounding ACS’s direction and strategy. The leader of the group that bought the court case against ACS, Canberra academic and consultant Dr Roger Clarke, has nominated for the Presidency. The only other nomination is from Dr Ian Oppermann, Chief Data Scientist with the NSW Government and a widely respected industry figure.

Dr Clarke's ally Professor Ashley Goldsworthy has nominated for the Vice Presidency. Both must gain a special exemption from the ACS National Committee to be on the ballot. Only members of ACS National and Branch committees – the ‘Congress’ – can vote, after constitutional changes ten years ago greatly restricted the pool of voters and put very stringent conditions on who can stand for office.

Professor Goldsworthy is ineligible to stand without the exemption, despite being the only person who has been both President and CEO of ACS (in the 1980s – he is now 84). The rules say the President must have been on the Management Committee for two years before standing for election and must has been a member of the National Congress for at least one year in the preceding five years. There are similar restrictions on the position of Vice President.

The restrictions have been widely criticised for making it very difficult for outsiders to challenge for senior positions. The positions are honorary, but very influential, with the President and immediate Past President part of the senior management committee, along with the CEO and the National Committee.

It is that group that was criticised in the judge’s ruling and which is the main target of the rebel group led by Roger Clarke. In the unlikely event that he becomes President, there will be some interesting discussions at the top.

What is more likely to happen is that his candidature, and that of Professor Goldsworthy, will have the effect of further raising the profile of the rebel group and the serious issues they have raised about ACS’s direction. Their main bone of contention, apart from the extreme irregularities in the voting at the EGM last October, is that ACS is being taken down a path of commercialisation at odds with its role as a professional society, and to the detriment of its professional members.

They cite as evidence of this the severe decline in professional membership (down well over 50% over the last decade), ACS’s acquisition of commercial marketing group ADMA (Association for Data-Driven Marketing and Advertising) in September last year, and the increased reliance on accreditation schemes as a source of revenue.

They see the duplicity and lack of process in the vote at October’s EGM as symptomatic of the management committee’s arrogance and lack of interest in following a strategy in the member’s interests. Professor Goldsworthy has also roundly criticised what he sees as ACS’s profligate spending on travel, its partisan political donations, and its expensive membership of the World Economic Forum.

iTWire has reported at length on the struggle between the rebel group and management. We have aired many of the rebels’ concerns. We have twice contacted CEO Andrew Johnson asking him for an interview, but have received no reply on either occasion. We did put some questions in writing to him earlier in the month, which he responded to quickly and which we published.

With the next court hearing and the results of the vote all President both set for 11 March – two weeks from now – we can expect the next chapter in the saga to unfold shortly afterwards.

Since we began following the matter and reporting on it, iTWire has been contacted by dozens of ACS members who are extremely concerned about what is happening. There are many different points of view, but there does seem to be a consensus that things need to change at ACS.

Most people we have spoken to agree that ACS should become more commercial, and that the transition from a society to company limited by guarantee is necessary. All but the most diehard members of the rebel group agree. The concern is over process and strategy.

Many senior ACS members and officeholders who are not part of the rebel group are nevertheless horrified with the current situation and agree that there needs to be some reconciliation. “There is not enough diversity of views at the top,” one well-known office bearer who declined to be named told iTWire. “We have to move with the times but this isn’t the right way to do it.”

Many senior figures in the industry who were once members of the ACS and have left because they did not feel it represented their interests have also contacted iTWire, or commented on posts of the articles we have written. They are among the 10,000 or more professional members who have not renewed in the last decade. They are the very people who should be at the heart of a professional society representing Australia’s IT industry.

“I wasted my time and my money,” said one. “They’ve come a moneymaking machine and lost sight of the members,” said another. “The whole place needs a broom put through it,” said one former prominent ACS figure who now wonders why he ever bothered.

Published in IT Industry
Tagged under

More in this category: « ACS battle on hold – for now Oppermann unopposed as ACS President – Clarke ruled ineligible »
back to top