The ACS saga – Be cautious of caution, warns Clarke Featured 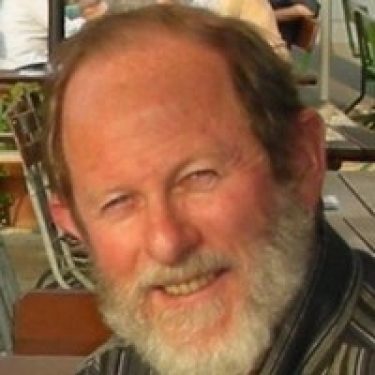 On Tuesday 15 December the Australian Computer Society Congress met to elect three members to vacant positions in the Management Committee.

These were regular elections. Three more Management Committee members will be elected early next year to replace those who have resigned or been removed by Congress.

Dr Roger Clarke, stood for the position of Treasurer but was defeated by incumbent Arnold Wong. The other MC positions were filled by Jo Stewart-Rattray and David Cook.

Clarke was founder of the Rescue Our ACS Group and has been the driving force behind the push for reform within the ACS over the last 18 months. He has been especially critical of the group he calls the ‘clique’ – a group of MC members who supported the commercialisation policies of former CEO Andrew Johnson. Johnson resigned in July, for reasons that remain unclear, and left in October.

“Two aspects of last week’s ACS Congress meeting were very welcome,” said Clarke in an interview with ACS Observer. “The first was that the elections for Management Committee and Congress positions reduced the old clique to a small minority on the governing Committee. That hopefully means that aggressive behaviour and obstructionism are things of the past, and that the Committee can resume sensible debate and decision-making processes.

“The other positive feature was that it's clear that arguments put to the meeting by the five candidates from the Rescue Your ACS movement were regarded very positively by many Congress members.”

But Clarke says the support did not translate into votes for him and his supporters to the vacant positions.

“The realpolitik was that the clique still held about a quarter of the 24 votes on Congress. Each of us needed to attract support from over two-thirds of the other delegates. Various factors were at work in each election, but the end-result was that none of us achieved that threshold. We're all naturally disappointed about being unable to make positive contributions from within the two major committees.”

Clarke has previously identified Yohan Ramasundara (Immediate Past President) and Nick Tate (Vice President -  Membership) as key members of the clique. The ACS Congress voted to remove them both last month, but they narrowly survived because their removal needed a two thirds majority.

Clarke said he still has some concerns about the composition of the new Management Committee. “Your interview with President Ian Oppermann and CEO Rupert Grayston indicated their intentions to achieve necessary change. They spoke with the official positiveness that's needed when you're running a substantial operation. But they also acknowledged several of the deficiencies that need to be addressed, and they committed to doing something about them.

“Unfortunately, many of the successful candidates are 'safe' options – people who don’t want to be seen to be rocking the boat by laying out the specifics of significant changes of direction. If there aren’t enough people with the commitment to fix things, the Management Committee may end up wallowing in indecision.

“The ACS needed some change-agents on the inside, rather than them being limited to making submissions from the outside.”

Clarke says the first issue that needs to be addressed, as early as possible in the New Year, is the need for financial transparency. “Without that, we're all flying blind,” he says. “The formats used in the recent annual report and financial statements fail to explain to members what the organisation does, where it earns its revenue, and where it spends it.

“There have been substantial increases in revenue over the last few years. This is of course a very good thing, because it creates the scope for surplus to be applied to the Society's objectives. But there have also been very substantial increases in expenses, and very limited explanation of where the money goes. The net effect in the most recent financial year was 10% more revenue, but 24% less surplus.”

Clarke says the ACS membership is not well informed, and many members remain suspicious about what's been going on.

“And, surprisingly, the 24 Congress-members appear to be no better-informed than the membership as a whole. The only way to overcome the trust deficit is to address the information deficit. The annual report and financial statements need to be substantially adapted to serve the needs of members and the Congress.

“Once that's done, it will be much easier for discussions to take place about the appropriate priorities for allocating surplus. Key areas of focus need to be vital improvements in member services, empowerment of the branches to drive local activities, and ongoing developments in professionalism and certification.”

Clarke says that President Ian Oppermann has signalled his intention to address all of these issues and that Congress has supported him. “The Management Committee members need to drive these reforms. The other area that has to be addressed is the process to achieve constitutional reform.

“ACS is saddled with a highly problematical set of rules that allowed the parlous situation of the last two years to develop. “I proposed to Congress in June that a two-phase process can achieve the objective. First there needs to be a discussion of principles to underpin the ACS's Constitution. Once sufficient consensus has been achieved, a draft can be produced to fulfil the agreed principles.”

Clarke says he remains wary of continued delays, but he is now hopeful of real progress during 2021.