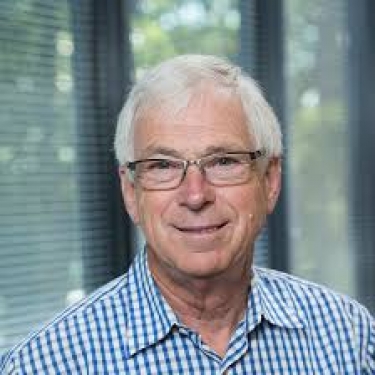 Wayne FItzsimmons - You can trust the Government on this one

The Pearcey Foundation has released a discussion paper in response to the launch of the Australian Government’s COVIDSafe app.

The paper, ‘The COVIDSafe App: A Question of Trust’, endorses the app, with the proviso that more needs to be done to ensure the public is fully informed and that all safeguards remain in place.

The Pearcey Foundation  was founded in 1998 to celebrate Australia’s ICT heritage. It is named after Australian computing pioneer Trevor Pearcey, who designed and built the world’s fourth computer, CSIRAC, in 1947.

The  paper is based on the collective views of a group of senior Australian ICT specialists, all of whom are of the belief that the COVIDSafe app will be effective if widely implemented, that the government is doing enough to ensure its integrity, and that it is an important new weapon in the fight against the spread of the virus.

“We welcome any initiatives to bring about a speedy end to the coronavirus crisis,” said Wayne Fitzsimmons OAM, Chair of the Foundation.

“There are some concerns that the app will not be downloaded because of privacy considerations. We believe these fears are largely unfounded and that the Government has sufficient measures in place to ensure the security of the application and the privacy of the data. It is a tracing app, not a tracking app.”

The paper discusses the three key factors that will determine the success of the app: trust, effectiveness and education. It says that all three issues are being addressed, but that  there are serious concerns that all compromise people’s privacy to the extent that it has the potential to do more harm than good.

“This paper aims to show what the Government, and we as individuals, need to do to make the  COVIDSafe app a success,” says Mr Fitsimmons.

“The government insists the app will not compromise privacy, it is, in essence asking us to trust it. Should we? There have been recent examples of government is not fulfilling their assurance regarding privacy, and of an increasing tendency towards surveillance working to the detriment of citizens liberties and digital rights.

“We do not believe that is the case with the COVIDSafeaApp. The Pearcey Foundation strongly believes all Australians should support this important initiative.”

The paper is available at https://pearcey.org.au/covidsafe-app-paper

More in this category: « Death of Paul Shetler Interview with Ian Oppermann, ACS President and Rupert Grayston, ACS CEO »
Share News tips for the iTWire Journalists? Your tip will be anonymous