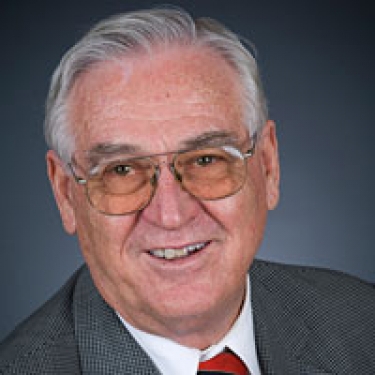 ANALYSIS   The next chapter in the long-running battle for control of the Australian Computer Society will be played out in the Federal Court in Canberra on 20 February.

That is when the two parties in the dispute next meet for a ‘case management’ hearing under Justice Wigney.

The process is supposed to facilitate a reconciliation between the two sides in the acrimonious dispute, or at least deliver a roadmap that will enable them to move forward.

The dispute stems from concern amongst many senior members of ACS that the organisation it is becoming too commercial and that the interests of the members and ACS’s role as a member based organisation are being given secondary consideration.

iTWire has published a chronology of events and details of the concerns. The debate has become very public and very personal. There is at this stage no end in sight, with the rebel group calling for the resignation of ACS senior management.

Neither party in the dispute is legally able to disclose its submissions to the court, which will become public documents after the hearing. But the rebel group, led by Canberra academic and consultant Roger Clarke, has publicly distributed a list of what it wants, which we may assume contain the thrust of its submission.

We publish the document in full:

Demands of the Fellows and Life Members of the ACS

2. Acceptance of management accountability principles with consequences - at least Madry [Andrew Madry , Company Secretary] and the CEO [Andrew Johnson] to resign - possibly others as well.

3. Confirmation that ACS will not simply start the process again with the same proposed Constitution as was put to the October meeting.

4. ACS to incorporate as a company limited by guarantee with a constitution that preserves the character of ACS as a professional association with members having a reasonable level of power and control, and avoiding the entrenchment of power in a self-perpetuating management clique.

5. Negotiations to take place between the Management Committee and the senior members group convened by Roger Clarke, on the detail of how the constitution should achieve this through a supported mediation process, funded by the ACS, and mediated by an independent mediator.

6. Agreement that the convening of any further meeting for adopting a new constitution and acting on the outcome of the meeting should be subject to prior approval by the Court.

(Item 6 is to make this process similar to a scheme of arrangement under the Corporations Act, where there is a 2 stage approval process. The Court must approve the convening of the meeting (and therefore gets to see the materials to be sent to members, and how they are to be sent) and also the outcome to ensure the meeting has been fairly conducted.)

This document is signed by Professor Ashley Goldsworthy AO OBE KSS KM FACS HLM. The impressive string of letters after his name do not even include his substantial academic credentials (“more degrees than a thermometer,” as my father used to say).

Professor Goldsworthy told iTWire that the document was developed by him and rebel group leader Roger Clarke, with the advice of their solicitor. “We wanted to get it right,” he said.

After the damning judgement finding against ACS management on 23 December, Professor Goldsworthy also sent a letter to the ACS Management Committee, with copies to ACS state and territory Branch Committee members. The letter, which iTWire has obtained, does not pull any punches.

To the President and members of the Management Committee,

As a collective you are a disgrace. In the recent imbroglio which you imposed on the Society you behaved in the most unprofessional manner. Unfortunately you cannot dismiss these comments as the ravings of a discontented member, they are the judgements of Justice Wigney of the Federal Court.

I am a founding member of the ACS (1966); elected National President four times; National Vice-President four times; a Founding Fellow in 1969, a Founding Honorary Life Member (one of three) in 1977, and 27 years on the National Council, 20 years on the Fellows Committee; 18 years as Australian representative to the International Federation for Information Processing (IFIP), and over four years as CEO. The ACS has been a large part of my professional life.

The rest of Professor Goldsworthy’s letter consists of long extracts from Justice Wigney’s judgement, which are critical in the extreme of ACS management, and in particular President Yohan Ramasundara, CEO Andrew Johnson, and Company Secretary Andrew Madry. He ends on typically forthright note:

On 6 January ACS publicly apologised for the many shortcomings in the voting procedure so roundly criticised by the court. But the rebel group sees those irregularities, significant as they are, as only a symptom of ACS’s failings. The real criticism is that ACS is being taken in a direction inconsistent with its founding charter.

Professor Goldsworthy has shared with iTWire a number of emails he has sent to ACS CEO Andrew Johnson, querying a number of matters. These include the cost of ACS joining the World Economic Forum sending President Yohan Ramasundara and others to its annual meeting in Davos.

“How much was it? Was it $60,00, which is how much others paid to join? I’ve asked Andrew Johnson face-to-face and he point blank refuses to answer the question. ACS management is completely arrogant and treats members with disdain. They should all be sacked.”

Other questions that Professor Goldsworthy has put to the ACS include:

“They haven’t answered any of these questions, and they won’t answer them,” said Professor Goldsworthy. “It’s disgraceful. The whole of them have to go.”

He did receive a reply of sorts from ACS Director of Corporate Affairs Troy Steer. The letter basically said that ACS’s expenditure was a matter for the Management Committee and that ACS had no obligation to disclose details, and citing privacy concerns over the non-disclosure of travel details. Goldsworthy’s reply was caustic:

Don’t belittle yourself by circulating such patently irrelevant arguments. They only reinforce the obvious intent of the executive to obfuscate.

What we want is factual answers not a dissertation on process.

You reference to audit reports and legislation is disingenuous and duplicitous in that these instruments specify and mandate minimum requirements, and do not prevent the reporting entity providing additional explanatory information.

The privacy issue is easily resolved by anonymising the data to remove personally identifying information.

Your argument that costs are offset against revenue is aberrant and specious in that you are saying if you have the money it is OK to spend it. This argument puts ‘costs’ into an irrelevant category. Not on. Any responsible management would disown such a philosophy.

Tell us what you really think, Ashley.

And so it continues. The outcome of the hearing on 20 February will be important. And the Sydney leg of Andrew Johnson’s ‘Strategic Update’ roadshow, the following day, should be interesting. The first meeting, in Brisbane earlier this month, was a shambles.

The two sides are further apart than ever.

Published in IT Industry

More in this category: « ACS critic circulates more detailed membership numbers ACS battle on hold – for now »
back to top