What happens to the old stuff? 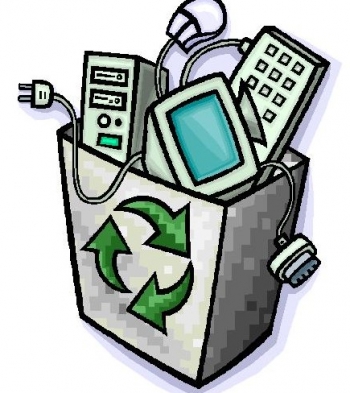 It is widely known that about 90% of e-waste ends up in a landfill. That is ecologically dangerous, irresponsible and wasteful.

Dutch company, Ynvolve (pronounced Involve), one of the major global "end of life/lease" (EOL) IT specialists, has established a joint venture (JV) in Australia to bring its best practice here — reuse, repurpose and recycle — to show that there is still value in superseded computing, networking, and communications hardware.

Dean Michael is the local partner and manager of the JV that offers the majority of Ynvolve’s services here. His business partner is Dutchman Martijn Niessen, chief executive of Ynvolve and the Infinite Group who said that after 10 years of European customer satisfaction it is time to expand into the Asia-Pacific region.

Michael, a South African by birth, is also establishing a presence in in his home country.

The remainder of the interview is given below as a Q and A.

There are many companies offering EOL services – what’s different about Ynvolve?

We have a 360° view of a customer’s needs – not just the disposal of EOL computing. Our main motivators are to help customers comply with the European Waste Electronic and Electrical Equipment (WEEE) directive and the 1998 Data Protection Act – or their Aussie equivalents.

For starters, we do not just buy back EOL equipment. Many other companies offer that service, so we have to be different. Where we are better is that we have access to many more markets for refurbished and repurposed equipment – Europe, US, BRIC countries, South Africa, and now Australia. Because of that, a lot less is going to end up in the waste stream. A lot more is reused, and that’s good for everyone.

While the economy of scale is in handling multiple units we will also look at smaller quantities – anything to keep it out of eBay or auction houses.

Surely the challenge is to put a fair price on the equipment – that must be risky?

The general "industry" rule is that EOL — say a three-year-old lease expiry — is worth around the same as the payout residual, say 10%. Then you have decommissioning costs, data migration, data erasure, packing, and shipping – all before it reaches us. The buy-back price helps the client cover those "hidden" disposal costs and often very much more.

For the moment most of the major inventory pricing is done by a Netherlands-based team of specialists with an incredibly relevant depth of experience – that’s great, as I can send over a list at the end of the day and it's ready and costed by the next morning.

Optionally you can ask us to handle it on consignment that may bring in even higher values if we can find a new buyer.

Because we have access to larger global markets we may have buyers for say, old UC systems, or to those who want used workstations to cost-effectively extend the life of an installation – we often can offer more than straight "second-hand merchants".

Yes, the cost of testing, data erasure, reinstallation and ensuring tech stuff works before resale is costly. But that is our responsibility – not the client who has sold it. We have to warrant goods – usually for a year - as fit for purpose, so it is our risk if warranty return rates increase (we target for less than 5%) or we simply get stuck with unsaleable lemons. And there are issues of software licences where a used PC is worth less than the cost of an operating system or the productivity software installed on it.

You seem focused on refurbishment as a way to avoid e-waste?

It’s a tragedy that EOL cycles so heavily influence equipment replacement. A three-to-five-year-old PC or notebook has a lot of life left in it especially if you add more memory or upgrade hard disk space. Some businesses can’t afford ‘new’ and would rather pay a few hundred dollars for a great used commercial grade machine than use cheap white box clones.

Then there is a demand from larger companies wanting to maintain existing equipment – IT Lifecycle extension.

We are finding that there is a burgeoning market in ‘spares’ – just like an automotive wrecker. Tried buying DDR 2 ram lately, or a smaller hard disk that works with an older BIOS, or want to match an older UC handset?

All this is better than shipping it off to an auction house or landfill - refurb/re-use/repurpose creates the maximum value for all.

When we have to scrap things it is done 100% to the ISO process, and best practice means all metals and plastics are recycled – there is little e-waste.

What about Ynvolve’s other services?

It’s a case of gently, gently at first. We have about 15 staff here and ten times that globally, mostly based in the Netherlands. We need to build partnerships with local technicians, freight, logistics and more to expand services. I am happy to hear from others that share our environmental concerns – you will find us very open and honest.

At present clients are calling us to see what we can do – not giving us a fixed brief to buy their old stuff. Ynvolve’s 360° customer philosophy means we are able to consult offering free or paid services including whether they should dispose of, or repurpose the equipment, data migration to the cloud or new devices, Mil Spec data erasure (critical for protection of private information as well as corporate secrets – imagine all those price lists or company IP on old server and workstation) and more. Our offer depends on what a client needs!

Where are your clients coming from – this is a young business?

Global referral from Ynvolve is a start. Burning shoe leather works also. But its amazing how quickly we have cemented our reputation here and are getting more calls from finance providers, major ASX companies, government, and education. Even small business is catered for.

So ends an interview with a what could be best described as a human dynamo – this Millennial is tech savvy, totally focused, highly efficient, and will succeed.

My take is that this company, its international backing and systems, and its local manager have long-term ‘legs’.

More in this category: « VW failed sustainability leadership test Tech start-ups hope for tax, investment relief in budget »
Share News tips for the iTWire Journalists? Your tip will be anonymous