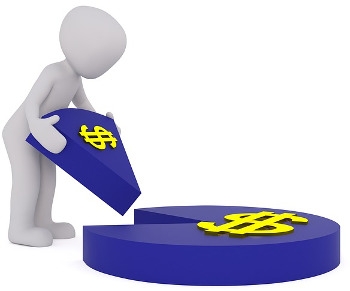 Users of the Las Vegas-based digital currency trading platform Bittrex have been unable to withdraw money from the company, and are complaining that they have no idea why. Bittrex trades in a number of digital currencies, including bitcoin.

A report in Business Insider said it had received complaints from a number of Bittrex customers. Complaints had also been voiced on Twitter and Reddit.

The major issue with withdrawing money appears to be the difficulty in verifying identity.

While Bittrex admitted that there were what it called "significant delays" in attending to issues faced by customers, it said that these issues only affected a small percentage of its customers.

The company, which is claimed to have daily trading volumes of about US$1 billion, said in a statement that the change in ID procedures was in order to comply with banking regulations and protect its customers from theft and fraud.

It issued a detailed statement about the problem on Wednesday.

The problems at Bittrex have been going on for about 30 days, according to one customer from Florida who contacted BI.

The man, who went by the name Andrew, said: “I, along with a lot of other users, have funds stuck with Bittrex and [am] unable to take them out due to what Bittrex calls ‘Verification Issues'.

“Bittrex has 2 levels of verification. Basic Verification, which I completed, but it said it could not find any public record to match what I entered. Then [it] gives you the option to submit what they call Enhanced Verification where you have to submit Gov ID, Passport, Selfie etc. I, in turn, did this, but that one also failed, saying ‘Name Mismatch Error'. To top it off, they do not provide any settings page to correctly make the name change if [there] truly is a name mismatch.

“The next step is for you to submit a Support Ticket, which I then completed. My Support ticket was opened on November 6 with not a single response from anyone at Bittrex. This is going on for almost 30 days now. I updated the ticket many times to no avail.”

On its Twitter feed, Bittrex has not said anything directly related to the customer issues but notes that due to user growth, it has had to update its back-end systems, with short outages expected due to this.

On 24 November, the company also noted that it had suffered a distributed denial of service attack.

More in this category: « Parallels Desktop makes it easy to try Windows 10 Total bitcoin value exceeds cash in UK, Canada, Australia »
Share News tips for the iTWire Journalists? Your tip will be anonymous