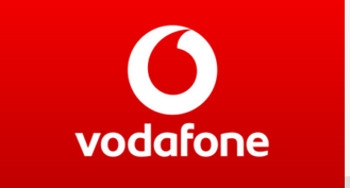 Vodafone Australia is slashing 100 jobs from its call centre in Hobart, the same centre for which it received a federal grant in 2013 on the promise that it would be expanded.

The company has also received aid from the state of Tasmania amounting to $850,000 and payroll tax relief.

Aid from the federal government to the tune of $4 million was provided by the Gillard government in 2013. At that time, it was said that the Hobart staff would grow from 680 to 1430.

But the sackings announced today will cut the number of workers from 400 to 300.

Tasmanian Premier Will Hodgman said Vodafone's decision was devastating and a terrible blow.

He has, however, to take back any public funds if Vodafone is found to have broken any of the funding agreements.

Vodafone chief strategy officer Dan Lloyd said in a statement said the decision had been taken due to a fall in call volumes and complaints and customers' preference for online self-service.

"We have invested around $200 million in our Hobart contact centre since 2013, and the centre will continue to be a key part of our business," he said.

A Vodafone Australia spokesperson added: "On federal funding, this agreement expired in July last year. We returned some funding due for unmet targets.

"We have not received federal or state funding since July last year.

"There is an audit process in place and if any state funding needs to be returned, we will, of course, do that."

More in this category: « Think Mobile wants you to think about the full-speed cost per GB on 'unlimited' plans Telstra could face big fine over triple-zero outage »
Share News tips for the iTWire Journalists? Your tip will be anonymous