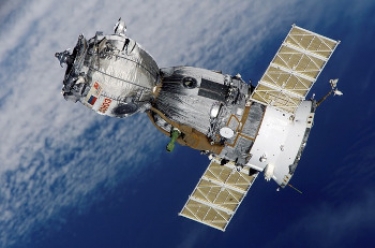 Australian telecommunications company Vocus says the ongoing conflict between Russia and Ukraine has no impact on the deal it signed in January which announced it would be the first distribution partner for the London-based global satellite Internet broadband company OneWeb in Australia.

Questions have been raised about a possible impact, given that OneWeb was using Russian rockets and the Russian launch site at Baikonur in Kazakhstan.

But on 3 March, OneWeb said its board had decided to suspend all launches from Baikonur. OneWeb appears to have found a new partner to launch its satellites, announcing successful deployment of 34 satellites by Arianespace from the Guiana Space Centre in Kourou, French Guiana, on 10 February.

A Vocus spokesperson told iTWire in response to a query: "Vocus remains supportive of OneWeb as it navigates the situation, and as we continue to play a key role in the delivery of low-earth orbit satellite services in Australia."

The Indian website OpIndia reported last week that Russian space agency Roscosmos chief Dimitry Rogozin had put up a video showing workers at the Baikonur launch pad covering up the flags of the US, Japan and UK on a OneWeb rocket which was scheduled to be launched on Friday. The Indian flag was left intact.

Roscosmos covering up flags on the fairing. The OneWeb launch scheduled for Friday is not now going to fly even though the launch was paid for. Russia demanded the UK remove its stake in OneWeb before it would launch, which obviously was a non-starter. pic.twitter.com/veELGfCoTT

However, the launch did not eventuate, with Roscosmos cancelling all OneWeb launches and removing the Soyuz-2.1B rocket from its launch complex.

Well-known independent telecommunications analyst Paul Budde said under the deal, Telstra had agreed to host two OneWeb gateway earth stations in Australia in the west and the north. This would also cover the APAC region, with a third earth station under discussion for the east coast.

The Telstra deal was announced on 3 March, with Nikos Katinakis, group executive, Networks & IT, saying: "We’re teaming up with OneWeb — a leading satellite provider — to get more connectivity into hard-to-reach locations using low earth orbit satellites.

"We’ve been connecting regional Australia for more than a hundred years, but that doesn’t mean we stop looking for new ways to improve connectivity."

The Board of OneWeb has voted to suspend all launches from Baikonur. pic.twitter.com/p8l80FGxId

Said Budde: "To unravel the complexity of the current situation we need to go back in history a bit. In October 2020, the by that time bankrupt OneWeb company — which was owned by the SES satellite company in Luxembourg — was acquired by the UK Government and India's Bharti Group.

"OneWeb evolved from an initiative taken in 2013 – called the Other 3 billion (O3B) aimed at using satellites to bring services to Africa and elsewhere. OneWeb is using Russian rockets and the Russian launch site at Baikonur in Kazakhstan."

Budde said Russia had demanded the UK Government give up its shareholding in OneWeb due to London's boycotts against Moscow.

"The company still has to launch 220 satellites to complete its service. The Russian boycott indicates that at least some of these are at their base in Kazakhstan. It is unclear when and how the company can reschedule these launches form alternative launch sites," he said.

The conflict between the two former Soviet states demonstrated the vulnerability of satellites in general, Budde added.

Russia’s space agency Roscosmos has canceled all launches for the British company OneWeb, and removed Soyuz-2.1B from its launch complex. pic.twitter.com/L1gt0L9C8k

"Russia has already warned against interfering with its satellite systems. It is clear that in a situation of war, satellites could become targets," he explained.

"Uptil now, satellites were seen as an important element to the overall telecoms strategy of both the industry and the countries involved. Whether this war ends without shooting down satellites or not, there needs to be a rethink of satellite strategies once it ends."

iTWire has also contacted Telstra and Field Solutions Holdings for comment. The latter company was contacted late, due to an oversight by this reporter, and, accordingly, given extra time to respond.