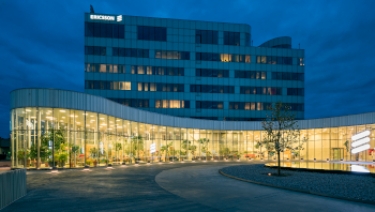 Swedish telecommunications equipment company Ericsson says it has been notified by the US Securities and Exchange Commission that an investigation has been opened into the company's report about its 2019 dealings in Iraq.

In a statement issued on Thursday, Ericsson said, while it was too early to predict the outcome of the investigation, it was fully co-operating with the SEC.

The firm is facing a class action lawsuit in the US over the same issue. Chief executive Börje Ekholm and chief financial officer Carl Mellander have been named as defendants in the suit which was filed on 4 March.

Details of alleged bribery in Ericsson's dealings in Iraq were leaked to the International Consortium of Investigative Journalists which shared the data with The Guardian, the BBC and the Washington Post in March.

The firm was said to have allegedly paid bribes to the Islamic State terrorist group in order to continue doing business in the country.

Around the time when Ericsson held its annual general meeting in March, Ekholm claimed he had told staff to hand over the full report on dealings in Iraq to the US Department of Justice.

This claim was made after the company admitted it had not met the terms of a deal struck with the DoJ in 2019 over claims of alleged corrupt dealings in Iraq.

It said it had been informed by the DoJ on 1 March that disclosure it had made prior to a deferred prosecution agreement, which was inked on 6 December 2019, was insufficient.

Ericsson is one of four companies that can provide end-to-end 5G services, the others being Nokia, Huawei and ZTE.

The latter two forms are Chinese and have been banned from providing equipment in many countries, with the US having led the charge to achieve this.

More in this category: « Commonwealth Bank offers home loan customers three-year internet plan that could save them $2,700 Gladys weighs in on Telstra/TPG merger »
Share News tips for the iTWire Journalists? Your tip will be anonymous