Turnbull hooks up to NBN at 100Mbps Featured 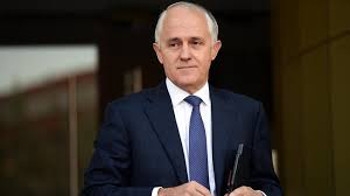 Australian Prime Minister Malcolm Turnbull has 100Mbps connections to the NBN at his home in Point Piper and at Kirribilli House.

The Lodge is yet to be connected, but according to officials of the Department of Prime Minister and Cabinet, Turnbull's house was connected on 8 December, according to the Australian Financial Review.

NBN Co, the company rolling out the national broadband network, called a halt to HFC connections in November, but this did not stop the connection to Turnbull's house.

Senate Estimates heard from Paula Ganley, first assistant secretary of the PM&C, on Monday night that Turnbull's house had been connected without any issues.

There was no delay involved in securing the connection to the Point Piper mansion.

"We were in negotiations just to ensure that by connecting the NBN.... to make sure there would be no interruption to any of the security facilities or anything else when it was connected," Ganley said.

"The connection went ahead quite quickly after that and it was on 8 December that the connection actually took place.

"We were already in discussions when we were here last time with NBN because the prime minister asked us to make sure it was connected to Point Piper but our office just had to make sure that everything proceeded smoothly."

The Labor Party used question time in parliament on Tuesday to attack Turnbull over the connection.

Shadow communications minister Michelle Rowland asked: "Why is it always one rule for this born to rule Prime Minister and another for Australians?"

Turnbull responded by saying that he was one of 411,000 customers using the NBN's fastest offering, adding that he had been connected through HFC.

"This is the one the Labor Party said was second rate and outdated and should be dropped. That is what they said. They can't have it both ways," he said.