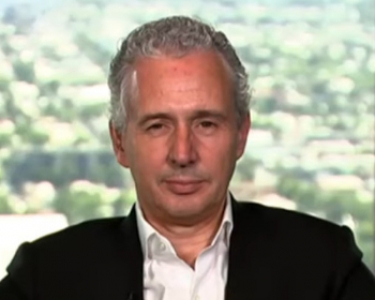 Andy Penn: “We knew we needed to fundamentally transform the company, to simplify and digitise, to set bold aspirations and radical interventions and that is what we have done." Supplied

Telstra has announced an increased dividend for the first time in seven years, despite reporting a drop in income and profit for FY22, according to its results released on Thursday.

Chief executive Andy Penn said in a statement released to the ASX that the T22 strategy had allowed the company to manage its affairs in the existing uncertain economic climate and create a basis for growth.

“When we launched our T22 strategy four years ago, we were in part responding to the operational and financial headwinds created by the rollout of the nbn. We were also responding to the technology innovation we could see around us and the growing rate of digital adoption,” he said.

Penn announced the T22 strategy in June 2018, saying there would be a a net reduction of 8000 employees and contractors by 2022.

He also said that two to four layers of management would be reduced, with one in four executive and middle management roles to be axed.

“We knew we needed to fundamentally transform the company, to simplify and digitise, to set bold aspirations and radical interventions and that is what we have done," he said in Thursday's statement.

“Telstra is a very different company today and while of course there is always more to do, we are much better equipped to face the very exciting digital future ahead.

“What we could not have foreseen was COVID and the other seismic economic, political and social changes that have unfolded.

“While we are by no means immune, the transformational changes we made through T22 have prepared us well to manage through the uncertainty – we are a much simpler, more agile, more efficient, leaner, more customer-focused and more digitally-enabled business."

The company's board resolved to pay a fully-franked dividend of 8.5 cents per share, bringing the total dividend for the year to 16.5 cents per share; this includes an increase in the ordinary dividend from 10 to 13.5 cents per share, and will see around $1.9 billion returned to shareholders, on top of the successful $1.35 billion share buyback completed in May 2022.