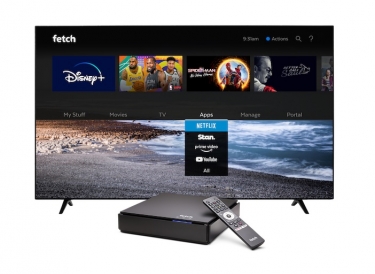 Telstra announced it had entered into an agreement with Fetch as its new platform for Telstra TV and to evolve Telstra’s home and entertainment proposition.

Telstra group executive of product and technology Kim Krogh Andersen said Telstra TV launched in 2015 with a focus on bringing together a wide range of streaming services for our customers and today has around 800,000 active subscribers, operating on the Roku platform.

“Telstra TV has been successful and popular in Australian homes as it provides a simple way to discover and watch content from streaming services and free-to-air, and is a key platform for Foxtel streaming services, Kayo, Binge and Flash,” said Krogh Andersen.

“While the current Telstra TV product remains popular, the underlying technology platform needs to evolve to support a deeper level of engagement through content offers, account management and rewards through Telstra Plus. It also needs to support future entertainment options and be delivered via the hardware options customers want including Smart TVs,” said Krogh Andersen.

“After a strategic review of our options, we have selected Fetch TV for its ability to deliver this functionality at scale for our customers, given Fetch’s software development capability, innovative roadmap and strong track record delivering capability for other Australian telco partners.

“Becoming a trusted partner in the home remains an important growth opportunity for Telstra. As homes become more digitally connected, the integration of that technology – including the Smart Modem, smart meter and a platform for streaming media which can also be used for AR, VR and the metaverse – will become even more critical. While they all do different things, if they can work together seamlessly, it will help enable customers to get the most out of their connectivity. That’s why Telstra is investing in an ‘open’ technology platform and for us to have access to an onshore team who can deliver on a relevant product roadmap for Telstra and telcos,” he said.

The deal will see Telstra invest around $50 million including provision for onboarding Telstra TV customers onto Fetch. This will result in Telstra acquiring a 51% stake in the company, at a valuation of around $100 million.

Fetch TV CEO Scott Lorson said Fetch has achieved scale and profitability on the back of a compelling proposition and distribution partnerships with leading Australian telcos and retailers. With Telstra on board, Fetch is now well placed to deliver a home and entertainment proposition with the scale to enable us to partner with global content and streaming providers.

“This investment from Telstra will allow Fetch TV to accelerate growth and deliver a genuinely competitive Australian home and entertainment solution. Fetch has a hard-earned reputation for localisation, innovation and partnership, and today’s announcement will ensure a bright future for our subscribers, content partners, our emerging advertising partners and, importantly, for our telco and retail distribution partners,” Lorson said.

Telstra TV as a product continues in market, however services will be progressively migrated to the Fetch TV platform.

Speaking about the deal Telsyte senior analyst Alvin Lee said, "Telstra is diversifying its investment in an open technology platform that’s easier to scale and onboarding new services in future. (it comes at a time when their deal with Roku is expiring next year)

"Fetch TV is an aggregator and will likely continue to be available to other ISPs.

"Entertainment bundling is increasingly strategic to ISPs with opportunities to also bundle services without any hardware.

"According to Telsyte’s Australian Subscription Entertainment Study 2021, consumers access video streaming services on a variety of devices with smart TV apps currently being the most popular way," Lee concluded.

Telstra said the transaction is subject to ACCC approval and other customary conditions precedent.

Telstra's competitors who utilise bundling of Fetch TV as a differentiator will not be happy with Telstra undermining their position. It is likely that the ACCC will carefully scrutinise this deal due to the reduced differentiation in broadband and media bundling and Telstra’s significant (35%) stake in Foxtel, a Fetch's primary competitor.

More in this category: « SA senator seeks law to improve mobile coverage in regional areas Swoop to boost connectivity in WA’s agricultural regions of Harvey, Brunswick and Busselton with $3.4 million project »
Share News tips for the iTWire Journalists? Your tip will be anonymous