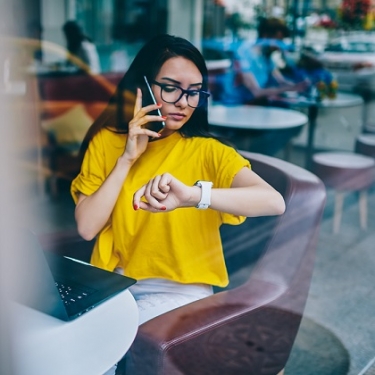 The financial impact on telco consumers was calculated by the ACCAN using figures from the Still Waiting… Costing wait times for telecommunications consumers research report, which was commissioned to calculate the average amount of time a consumer spends resolving an issue with their telco provider.

“That’s time that Australians could have spent with family and friends, rather than being stuck talking to their telco.”

According to the ACCAN research, while the majority (74%) of consumers choose to contact their provider by phone, this was found to be the lengthiest and most costly option for resolving an issue - and respondents who contacted their provider via phone spent an average of 27 minutes and 7 seconds on their most recent call.

However, ACCAN says that with consumers needing to contact their telco an average of 2.4 times to have their issue resolved, this equates to a total of 1 hour and 5 minutes spent on the phone to resolve an issue.

“When you contact your telco, you expect to have your issue solved quickly and with as little fuss as possible,” said Corbin.

“Frustratingly, our research shows that consumers are spending over half the time on the phone to their telco simply waiting on hold to speak to a customer service representative.”

According to the ‘Still Waiting’ report, on average the fastest method for consumers to resolve an issue is through contacting their telco on social media, and consumers who contacted their telco through social media had their issue resolved in an average of 13 minutes and 8 seconds.

“This research is the latest indictor that the current telco consumer protection rules are not working as intended and that communication consumers are not being treated fairly,” Corbin said.

“Phone and internet services are essential in today’s day and age, and we need to make sure that the telco rules reflect this.”

Corbin notes that as the Federal Government enters the final stages of the Consumer Safeguards Review, ACCAN is calling for substantial reform to re-shape the telecommunications environment into one that supports consumers to make informed and appropriate choices about their phone and Internet services.

“The telcos have rules that they have to follow when it comes to handling complaints, but there are no benchmarks for customer service,” explained Corbin.

“We want to see the ACMA as the industry regulator frequently audit providers’ customer service and complaints handling arrangements and have more powers to enforce higher penalties where telcos are found not to be complying with their obligations.”