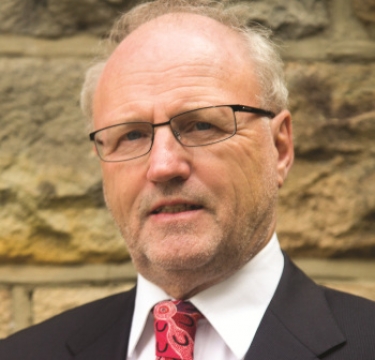 Paul Budde: "I expect that the Coalition will again dig in its heels and use the NBN as a political football." Supplied

A well-known telecommunications consultant has thrown his support behind a call by ACCC chairman Rod Sims for the government to treat the costs of the NBN as sunk and focus on getting the best use out of the network.

Paul Budde said in a blog post on Tuesday that Sims had made the statement during a recent Senate inquiry. He cited the head of the Australian Competition and Consumer Commission as saying it would be "bad economics" to try to recover "every last dollar spent” on the NBN rollout.

He quoted Sims as saying: "Obviously the NBN was built by the government, and now that it’s built, I think it’s appropriate to treat its costs as sunk, what matters for Australia is getting the best use out of the NBN.”

When the NBN was first announced, back in 2009, the Australian Labor Party said fibre-to-the-home was earmarked for 93% of premises and fixed wireless or satellite for the remainder. In 2013, when the Coalition was elected, it brought in what it called a multi-technology mix that provides fibre-to-the-node for most premises.

But in September 2020, the Coalition did a backflip and announced that it would spend additional funds to get fibre delivered to up to eight million subscribers in all by the end of 2023.

The NBN Co, the company handling the rollout, said it would spend about $3.5 billion to upgrade connections, in addition to the $700 million to be spent on business fibre zones in metropolitan areas and the regions, and $300 million to improve regional Internet services.

Budde commented: "So finally, people such as I who have argued for this for years feel supported by the ACCC. It is, however, highly unlikely that the government will immediately bend over and accepts Sims' suggestions.

"To the contrary, I expect that the Coalition will again dig in its heels and use the NBN as a political football. It is hard to see Communications Minister Paul Fletcher changing his strong political stand on this.

"Even after being in control of the NBN for nearly a decade, I would not be surprised if he keeps blaming all of the network's woes on the Labor Party."

Budde said, like Sims, he was included to argue that what should take precedence was the national interest and not national pity politics, adding that this might be wishful thinking so close to a Federal Election.

"It is very clear that the NBN is critical national infrastructure and is as important as water, gas and electricity and it should be provided at the lowest possible costs so that all Australians have affordable access to good quality broadband that provides them with tele-health, tele-education, work from home, online government services, online business services, banking services and so on," Budde said.

"To allow the government to recoup the extra costs as a result of party politics through increased consumer broadband costs is, in my opinion, totally unacceptable.

"Looking after the national good should be the prevailing policy, not the party politics that has caused the NBN to be far more expensive than would have been if such politics had been left out of it."