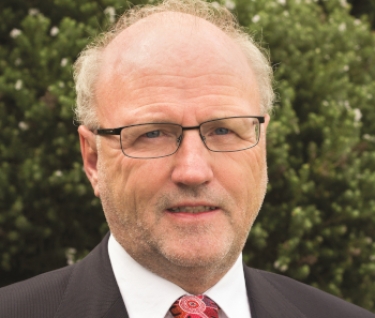 Paul Budde: "Without any plan for the next stage of the project, we are all still kept in the dark and Australia will remain hovering at the bottom of the international ladder for fixed line broadband. Supplied

The Federal Government needs to draft a statement of expectation as to what it expects to happen to the national broadband network next, after the network rollout is officially over at the end of the month, veteran telecommunications analyst Paul Budde says, adding that otherwise Australia will continue to languish in the broadband wilderness.

In a post shared with iTWire, Budde said such a statement would allow all interested parties to get involved in what is a national project.

"Through submissions, issues such as investments needed, competition safeguards, regulatory and legal changes, affordability guarantees and so on can then be discussed," he said.

"This process alone will easily take two years, before anything further will happen, so such a Statement or at least a major Review is long overdue."

Budde pointed out that the NBN had performed well during the COVID-19 pandemic period when people were forced to work from home in large numbers.

"Working from home has become far more acceptable," he said. "After 20 years, teleworking has finally taken off and is here to stay. While students belong in schools, at the same time teachers have learned how to use e-education and with this experience now onboard, online will remain an important tool in the overall education programs.

"Finally, telehealth will revolutionise the healthcare services. Again, the early activities go back two decades but the medical profession was reluctant to take it on board. The developments in telehealth will be nothing less than revolutionary over the next decade as we now do have the profession onboard."

He said the NBN Co, the company that built the network, now needed to keep going and develop further services based on the experience gained during the lockdown.

"This will mean more innovative service, significant new application with video-based and high quality image-based content. This will mean that the NBN will need to be able to provide the capacity for these upcoming changes at affordable prices," Budde observed.

He said he had been asking the government for more than a year what it planned to do after the rollout was declared over.

"But the only thing the minister (Paul Fletcher) can do is criticise the FttH policy of the Labor Government. They are now in power for close to a decade, so one could expect that they would now have taken responsibility for the future of the plan. Let me be honest, I have no illusion that the government will answer my questions."

Telstra's chief executive Andrew Penn has also asked the government for a plan and Fletcher had indicated that he was no longer averse to the telco getting involved in running the NBN.

Budde said Professor Mark Gregory, a network expert from RMIT, had estimated that a full upgrade to fibre would cost about $16 billion.

But he came back to his original point: a statement of expectations was needed from the government as it owned the NBN Co.

"Without any plan for the next stage of the project, we are all still kept in the dark and Australia will remain hovering at the bottom of the international ladder for fixed line broadband (currently somewhere around the 60th position)," he said.

More in this category: « NBN broadband data demand continues to peak above pre-COVID-19 levels Hurricane Electric PoPs into NextDC P1 »
Share News tips for the iTWire Journalists? Your tip will be anonymous