Success of Telstra move will depend on freedom for units: Budde Featured 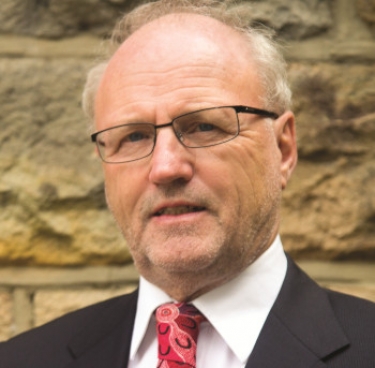 Paul Budde: "It is a real change from Telstra’s long-standing position that it sees itself as a technology company, its real value is in infrastructure." Courtesy YouTube

Telstra's success or failure with its new move to split up into three units will depend on how much freedom the parent group gives them to operate, based on what makes financial and economic sense, the well-known independent telecommunications analyst Paul Budde says.

"At the same time, the terms and conditions under which it will operate will be of great interest to those companies who want to trade with Telstra (as sellers as well as buyers)," Budde pointed out, in his reaction to the announcement by Telstra chief executive Andrew Penn on Thursday.

Budde said initially there would be scepticism among Telstra's competitors "so we will need to wait for the details to see if Telstra will indeed be able to offer interesting infrastructure products and services".

"If they can do so they can indeed increase the value of the organisation through this restructuring."

He added that if that was not really going to happen then the only purpose of the restructure would be to "dress themselves up for the privatisation of the NBN company. In that case we will have to see if that will indeed increase the value of the organisation".

Budde said the restructure was also a public admission by Telstra that it had lost the technology battle to digital companies. "It is a real change from Telstra’s long-standing position that it sees itself as a technology company, its real value is in infrastructure," he said.

The split up came at a time when Telstra was under enormous pressure. "On one side, many of their traditional services are now provided by digital companies, free of charge. Further, the NBN Co is the infrastructure provider for the national broadband network. Telstra can no longer charge what it wants for its services as it is dependent on the (high) wholesale charges levied by NBN Co."

Budde said it was plain that a key reason for move was to position Telstra for the purchase of NBN Co once the latter was privatised.

"In relation to the latter, with 5G, thousands of new towers will have to be erected around the country and it does not make economic sense to have three networks, as well as many private companies, overbuilding all of that infrastructure."

However, he said it was good to see that Telstra had finally recognised that a significant part of its business was infrastructure. "The business model of infrastructure is rather different from that of services. Infrastructure will not necessarily achieve high returns, but it will deliver long term, very steady returns and there are plenty of investors who are interested in such businesses," he added.

More in this category: « Telstra announces it will split into three separate entities Union criticises NBN Co chief for taking bonus despite cost blowout »
Share News tips for the iTWire Journalists? Your tip will be anonymous