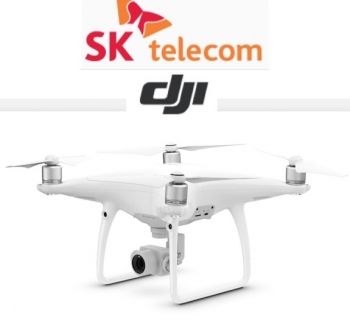 Coming to the US, South Korea and Japan, SK Telecom's MoU with DJI, the "leader in civilian drones and aerial imaging technology", is set to "co-develop drone-based real-time video streaming product and solution", while then co-operating on their "global sales and marketing plans".

We're told the solution will "enable live streaming of HD footage on DJI drones and hand-held gimbal products such as the Osmo, with minimal latency via mobile communications network".

SK Telecom says for its aforementioned "T live caster" is a technology "optimised for high-quality live video transmission", and when it is used with DJI drones, "it is expected to bring about a positive impact on both commercial and personal drone markets".

As noted, the combined technology "will expand the uses for drones across industries including agriculture, logistics, exploration, public safety and the media and entertainment sector which includes TV broadcasting, YouTube, and Facebook Live that requires live streaming videos".

In the future, underscoring that this is the announcement of an MoU for this product and future models to come to life, we're informed that "DJI’s drone flight control application, 'DJI Go', may also be integrated with SK Telecom’s streaming application, 'T live caster Smart', allowing DJI’s drones and gimbals to carry out video streaming via mobile communications network".

Why we're told this "may" happen, when the announcement is all about this entire MoU and partnership signed so this actually can happen, is probably the result of something being lost in translation, because it looks like it will happen and it is a great thing indeed.

As long as the noise of the drone in flight isn't too noisy, and you have local microphones that are part of the live video streaming solution, you could then have audio from the ground with wireless microphones on users, the drone as a floating camera man, which appears to be part of the plan given the YouTube, Facebook Live and TV broadcasting capabilities.

It's also something we saw in Stargate Universe, where crew members on the alien ship travelling through space found what looked like miniature floating Death Stars.

These were named by one of the show's characters as a Kino, which is the Russian word for film or movie, as they were flying remote autonomous and also programmable mobile very HD live streaming cameras, which were not only used by crew members to document their life on the ship, but also to explore parts of the very large ship they were on and also to explore destinations travelled to through the Stargate.

Here's a photo of the partnership signing ceremony held on 8 June, where "related officials from both companies took part, including Choi Nag-hun, senior vice-president of IoT/Data Business Division at SK Telecom and Jan Gasparic, head of Global Enterprise Partnerships at DJI". 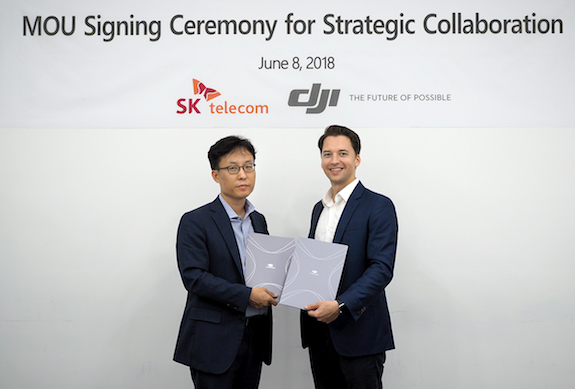 The new solution will be first deployed in South Korea, the US and Japan, and the service will gradually expand to other countries.

Here's the company's infographic on how the technology will work: 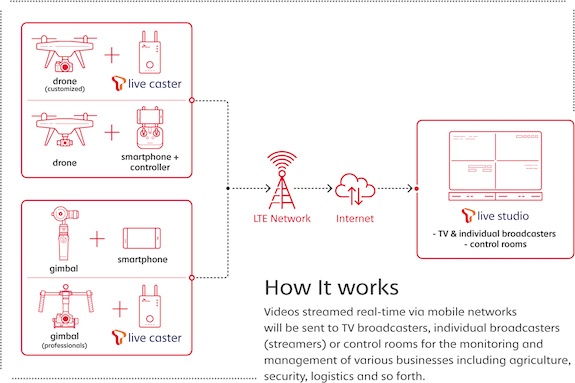