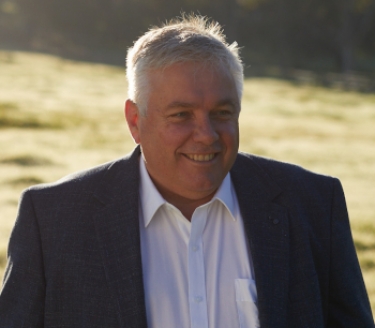 Senator Rex Patrick: "Your postcode should not dictate whether or not you can call for help when it's really needed." Courtesy Senator Patrick's website

Independent Senator Rex Patrick has called on both the government and the opposition to amend laws governing telecommunications in Australia and make mobile coverage part of the universal service obligation.

In a statement, Senator Patrick, who is from South Australia, said the postcode of an individual should not determine the quality of mobile coverage he or she got.

“Instead of pork-barrelling their way through the countryside with grants in seats they are hoping to win or retain, the government should be amending the law and making mobile coverage a universal service obligation for providers, as is the case with NBN and landlines," he said, ahead of the federal election which is to be held on 21 May.

“We all know how crucial mobile coverage is in times of emergency. Your postcode should not dictate whether or not you can call for help when it's really needed.

“By making a simple and much needed amendment to telecommunications law in Australia, we can get some equality of mobile coverage across the country.

“I’m calling on the Labor Opposition and Coalition Government to support my call to amend telecommunications law to include mobile coverage as part of the Customer Service Guarantee.”

The telecommunications lobby group, Australian Communications Consumer Action Network, has in the past called for telecommunications to be recognised as an essential service in legislation nationally, and for all mobile towers in remote areas to receive extra back-up power supply to last between four to seven days.

While investments into programs like the Mobile Black Spot Program and the Regional Connectivity program have had some success in better connecting regional Australians, ACCAN said it still had concerns about the accessibility of phone and Internet services in the country’s regions and the quality of service being delivered.

More in this category: « NBN Co to provide fast download speeds to eight million premises by 2023 Telstra partners with Fetch to evolve its home and entertainment offerings for T25 »
Share News tips for the iTWire Journalists? Your tip will be anonymous