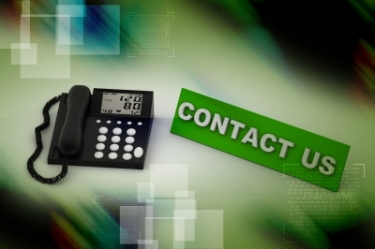 Complaints about phone and Internet services decreased 4% in the last financial year ending 30 June 2020, but despite the drop residential consumers and small businesses still made 127,151 complaints to the Telecommunications Industry Ombudsman over the 12-months, according to the TIO’s 2019-20 annual report.

The TIO also reports that over the financial year complaints about mobile services remained steady, while describing the environment for Internet and landline complaints as a “financial year of two distinct halves”.

According to the TIO, in the first half, complaints about Internet and landline services continued the previous quarter’s decline, attributing the decline to “a positive indicator of sector efforts over the past three years to reduce complaints and improve the delivery of telco services and products”.

“In the second half, a summer of natural disasters followed by the COVID-19 pandemic tested the resilience of networks and telcos to respond to unforeseen impacts on services,” the TIO said, while adding that “between January and March 2020, the bushfire and flood season highlighted the vulnerability of Australians living in regional, rural, and remote areas”.

“Complaints during this time about not having a working phone or Internet service increased almost 70% compared with the previous quarter.

“For consumers impacted by natural disasters, not being connected to phone and Internet meant exclusion from basic services and running a business - and during this time the Telecommunications Industry Ombudsman worked closely with telcos to ensure consumers experiencing vulnerability were prioritised.”

Between March and June 2020, the TIO says the pandemic highlighted the reliance of Australians on phone and Internet services to “connect to loved ones, access healthcare, work or study from home, or run a business”.

On a positive note, the TIO says that in the face of worldwide lockdowns, the industry, government, and regulators worked quickly to provide temporary financial relief and extra capacity on the NBN - and “while the circumstances were unprecedented, telcos largely continued to deliver phone and Internet services”.

“However, the pandemic put significant pressure on telco call centres and back office functions based overseas, forcing many of these functions to close.

“This led to an almost 1500% year-on-year increase in the number of complaints from consumers who were unable to contact their telco about Internet services. In response, the Telecommunications Industry Ombudsman worked closely with affected telcos to quickly escalate systemic issues and publish information to assist consumers.”

Ombudsman Judi Jones said: “While the complaints we deal with stem from technology, the problems we are solving are ultimately human ones. The extraordinary events of the year meant that consumers have increasingly had to rely on telecommunications services and internet to continue to live, work and educate and many have faced frustrations as providers worked to adapt to unprecedented challenges.”

Jones said the lessons learnt from the rollout of the NBN over the last three years has “galvanised and matured Australia’s telecommunications sector”.

“These lessons have strengthened the telco ecosystem with industry, government, regulators, advocates, and Ombudsman, each playing a part to ensure continuity of service for consumers in the face of great change. But as this year’s events have shown us, there is always more work to do.

“Each day, my office strives to resolve phone and Internet complaints more effectively and efficiently. We are making significant progress in moving to be an agile organisation flexing to respond to the complexities of the changing telecommunications landscape.

“This was tested during the transition to working from home at the beginning of the pandemic, and I am proud of the way we looked after our people while continuing to deliver our service for telco consumers and their providers.”

Telecommunications industry lobby group, Communications Alliance CEO John Stanton said the sustained decrease in complaints over the past three years – and “during the very challenging circumstances of 2020 is the result of significant work by telcos to improve the customer experience while continuing to deliver lower costs and increased value”.

Welcoming the continuing fall in complaints volumes, Stanton said the decrease has coincided with increasing numbers of connections, “meaning that the rate of complaints-per-service has fallen even more rapidly”.

“The recent natural disasters and COVID pandemic have affected all Australians this year and have inevitably disrupted some telecommunications services.

“We are grateful for the Ombudsman’s active work to assist consumers and industry during these challenges.

“The events have underlined the importance of telecommunications to Australians in their everyday lives, so it is encouraging that networks have coped well and that services are being delivered effectively and affordably.

“While the TIO reports that the sudden and severe impacts of the pandemic on offshore and onshore contact centres produced a temporary spike in complaints about contactability of service providers, we understand that these have now returned to pre-COVID levels.”

Communications Alliance also noted that the reported temporary 1500% increase came from a very low base level of 127 complaints in the prior year.

“The TIO’s Annual Report provides valuable data on the performance of telcos. However, it is important to consider the data in context. For example, the 17.8% increase in escalated complaints was driven by a backlog of delayed complaints from the previous financial year, so those numbers don’t reflect more recent experience,” Stanton said.

“Industry looks forward to continuing to work with the TIO on improving customer experience.”

More in this category: « ACCC says fixed-line NBN connections held up well in May and June Telco problems cost Australians millions of dollars in lost time »
Share News tips for the iTWire Journalists? Your tip will be anonymous