Phone, Internet complaints down for the last six months of 2018: report Featured 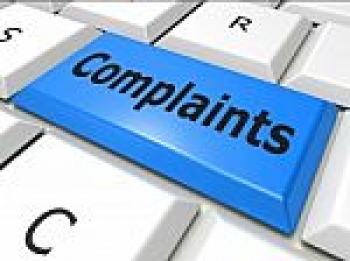 Complaints by Australian telecommunications users about landline, mobile and Internet services fell in the last six months of 2018 by 27.7% to 60,998 compared to the corresponding six month period in 2017.

The latest six-monthly update report published on Thursday (today) by the Telecommunications Industry Ombudsman reveals that between July and 31 December 2018, complaints  decreased, with both Australian residential consumers and small businesses making just shy of 61,000 complaints for the six months.

And the fall in complaints reported was across all states and territories compared to the corresponding period in 2017.

The TIO report also reveals that issues with “no action or delayed action by the service provider” and “disputed charges for a service or equipment” led the list of the top five complaints for the period raised by consumers and businesses.

But, despite saying she was pleased complaints decreased in the period, ombudsman Judi Jones revealed concerns about what she said was “an increase in complaints about internet services against the general downward trend”.

“This shows the telecommunications sector must continue to focus on meeting the needs of the residential consumers and small businesses that are increasingly reliant on being connected to phone and Internet services,” Jones cautioned.

But, Jones was cautiously more positive about services over the national broadband network.

“Complaints about services delivered over the NBN have decreased compared to the same six-month period in 2017," she said.

“While this decrease is encouraging we continue to work with phone and internet service providers, the telco industry, and regulators to address issues as they arise and to improve the customer experience.”

As well as the overall 27.7% decrease in complaints, and the slight increase in Internet service complaints for the October to December quarter, the TIO lists other complaint highlights for the period as:

What people complained about

The top five complaint issues for the period were:

Complaints from residential consumers decreased 30.5% to 51,560 compared to the corresponding period in 2017.

All states and territories in Australia saw an overall decline in complaints in the last six months of 2018 compared to the same period in 2017.

Complaints by state (in alphabetical order) are as follows:

More in this category: « H2 Cable to link Australia and China ACCAN laments consumer experience with ‘unreliable’ telco services »
Share News tips for the iTWire Journalists? Your tip will be anonymous