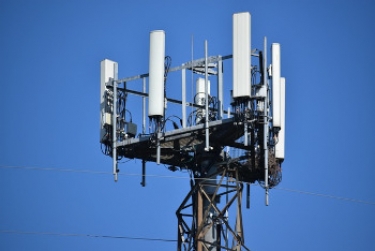 A technologist and inventor has poured cold water on the oft-touted notion that the Open Radio Access Network Policy Coalition — better known as the Open RAN coalition — will produce anything in the short term to replace products from Chinese vendor Huawei Technologies, which the US and many of its allies have banned from their 5G networks.

A pioneer of the modern semiconductor laser device that enables modern communications systems, Kressel pointed out that what was being envisaged was a software solution that would only handle routing of information after it had been transmitted from a base station to a central network.

Additionally, Goldman said: "The 5G applications for the Internet of Things, including autonomous vehicles and self-programming industrial robots, require greater computing power in the base station itself, to allow the 5G network to communicate with client machines."

Kressel said there were three major issues with the Open RAN project, the first being security. He cited a warning from Sweden's Ericsson: "The introduction of new and additional touch points in O-RAN architecture, along with the decoupling of hardware and software, has the potential to expand the threat and attack surface of the network in numerous ways.”

Data security has been the main reason cited by the US in its campaign against the take-up of Huawei equipment by countries around the globe.

The second problem with Open RAN was the limitation in routing of data packers from the antenna that transmitted and received mobile signals, Kressel said.

"As 5G opens up the Internet of Things, allowing industrial robots, autonomous vehicles, and other machines to communicate directly, more computing power is required at the interface between the mobile network and its mechanical clients in order to reduce latency," he noted.

"Crucial to the functionality of 5G is low latency, that is, a shorter time interval between transmission and response to signals. A complex software suite that uses generic hardware may increase latency – that is, delay signals processing, and undermine the network’s usefulness for many applications."

Kressel said a third issue that Open RAN faced was the time factor as Huawei and other Chinese companies had already launched applications that were built on 5G.

He said China expected to have 10 million 5G base stations in place by 2024 and this would mean that most of the country would have access to 5G broadband.

"Long before an O-RAN suite has been completed, China, and others that deploy the current technology, will have rolled out the downstream applications that harvest the real potential of 5G," he added.

More in this category: « Telstra's Christmas gift: free payphone calls and Wi-Fi Mega trends in Asia-Pacific to drive the 5G enterprise market to 2024 »
Share News tips for the iTWire Journalists? Your tip will be anonymous