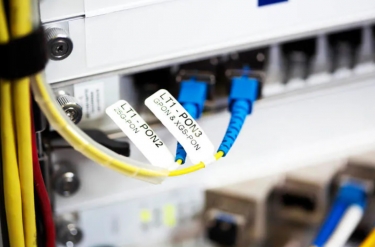 Nokia said it is the first trial in Spain to demonstrate symmetric speeds of 20 Gbps, and showed that the state-of-the-art 25G PON can co-exist with Telefonica’s existing GPON solution.

“Telefonica, with almost 60 million FTTH homes passed already deployed in their multiple business units, has validated with this trial that current GPON and XGS-PON broadband technologies can co-exist seamlessly on the same fiber with the 25G PON. High speeds aligned with low latency, get the network ready for future exciting applications like the Metaverse. 25G PON delivers huge symmetrical bandwidth capacity that will support new use cases and bandwidth requirements..”

Gonzalo Garzón, Head of Fixed Access at Telefónica España at Telefonica, said: “Telefonica was the first operator in Spain to provide gigabit connectivity, but we are not stopping there. Consumer bandwidth demands never halts and exciting applications, like VR gaming, will always be evolved to make the most of available bandwidth. New FTTH technologies give us even more opportunities than home connectivity. With their massive uptick in capacity we’ll be able to offer new business services on the same network.”

Bjorn Capens, VP Europe, Nokia Fixed Networks, said: “Thanks to our Quillion chipset, this 25G PON proof of concept with Telefonica has demonstrated that the huge bandwidth-capacity can be easily added to their existing networks, co-existing with their existing PON technologies. This means customers on the same fiber line can be served with GPON, XGS-PON or 25G GPON, making it much easier to manage upgrade cycles.”

“Usually located in telecom central offices, Nokia’s high-capacity access nodes are deployed for massive scale fiber roll-outs. They connect thousands of users via optical fiber, aggregate their broadband traffic and send it deeper in the network. The fiber access nodes can support multiple fiber technologies including GPON, XGS-PON, 25G PON and Point-to-Point Ethernet to deliver a wide range of services with the best fit technology.

“Nokia ONT (Optical Network Termination) devices, or fiber modems, are located at the user location. They terminate the optical fiber connection and delivers broadband services within the user premises or cell sites.”

More in this category: « Ericsson sets aside US$211m for US fines over alleged bribery in Iraq NBN Co launches new speed tiers for its business NBN satellite service »
Share News tips for the iTWire Journalists? Your tip will be anonymous