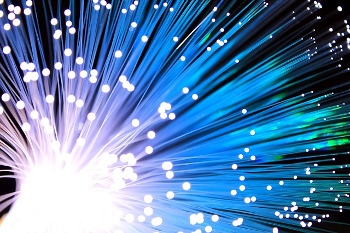 New Zealand telecommunications provider Chorus has announced that it will be running a trial of 10 gigabit per second and SME fibre broadband from mid-March.

This widens the gap with what Australian broadband can offer, with the national broadband network only supporting 100Mbps over most of its rollout. Select areas that have received fibre-to-the-home can support this speed theoretically, but providers have not ventured that far, only offering 1Gbps.

In a statement, Chorus said four retail service providers — 2degrees, Kordia, Stuff Fibre and Trustpower — had signed up to take part in the 10Gbps service, which will be offered in Wellington and Auckland, initially for 30 customers.

The 10Gbps service has been built using Nokia's XGS-PON fibre solution and will offer the speed upstream and down, using the existing Chorus fibre broadband infrastructure.

“It also reinforces the ability to easily upgrade the world-class fibre infrastructure we have been building as the latest technologies become available.

"In the last eight years, New Zealand has seen a meteoric progression in broadband capability. In 2011 the average broadband speed was just 10Mbps or so.

"When Chorus’ fibre plans first launched in 2012 the top speed then available was 100Mbps. We were then the first to make gigabit fibre broadband available in 2014 and today this is the fastest growing plan on our network with more than 44,000 customers.

“We're truly thrilled to be trialling our 10Gbps fibre service, a service we know will underpin New Zealand's digital future and continue our decade-long commitment to innovation and keeping New Zealand’s broadband infrastructure at the cutting edge."

Individuals interested in taking part in the trial have been asked to contact their broadband providers. They will need to:

More in this category: « Labor again hints at NBN write-down if it is elected Labor calls on NBN Co to reduce number of missed appointments »
Share News tips for the iTWire Journalists? Your tip will be anonymous