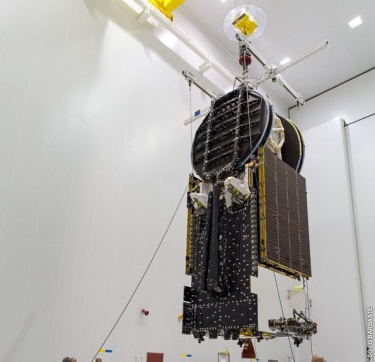 The Sky Muster satellite being prepared for launch

Melbourne based RSP Activ8me has introduced new NBN satellite plans with daily rather than monthly caps. The idea is to stop customers running out of data before the end of the month.

This arrangement means customers "will always have more data tomorrow," the company explained, even after large downloads such as games.

Managing data use has been a pain-point for Sky Muster users, according to Activ8me, because the limited methods available to customers means they often run out of data days or even weeks before the end of the month.

Both are billed monthly, with no contract and no initial fee.

Current Activ8me Sky Muster and Sky Muster Plus customers can switch to a Pro plan over the phone, and the new plan is usually active within a few hours to activate in most cases.

“Sky Muster is a great product serving rural and isolated Australians with an affordable and reliable Internet service, but its Achilles heel has always been data limits," said Activ8me sales and marketing manager Lincoln Marks.

"The average Sky Muster user receives less than 45GB (peak time) per month, for most that’s just not enough. Sometimes people run out of data with weeks to go on their monthly plan – they still have bills to pay, kids to educate and work to be done. Sky Muster Pro gives users a healthy daily data limit and a guarantee that they never run out of monthly data.”