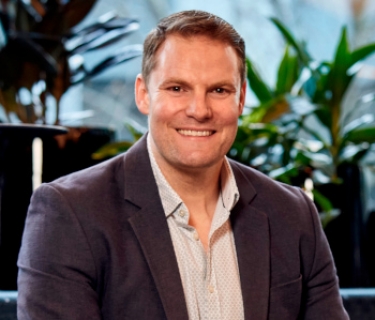 The head of a network company founded by a former NBN Co executive to simplify fibre rollouts claims that the 19% increase in NBN customers adopting plans that are 50Mbps or higher is an indication that take-up of higher speed plans will become the norm.

The comments by Sam Pratt, the chief executive of Render Networks, were based on statistics released by the NBN Co during its FY22 results announcement on Tuesday.

He told iTWire that apart from the local statistics, the proposal by the US FCC to increase minimum broadband speeds to 100Mbps "demonstrates that the connectivity benchmark continues to escalate, further reinforcing NBN's relevance and the need for ongoing investment to keep pace with both demand and global competition".

Render Networks, which was founded in 2014 and has business in Australia and the US, uses GPS technology to track rollout projects, order workflow and reduce wastage and double-up of labour.

iTWire understands that with the majority of the fibre rollout in Australia completed, the company's focus is now on smaller-scale projects and optimising maintenance of the NBN. In the US, Render is continuing to try and win large-scale fibre rollout projects.

Pratt said with the weight of its balance sheet, NBN Co faced an uphill battle to remain sustainable without increasing average revenue per user (wholesale prices), limiting incremental investment in improved speeds and services, or having the government effectively write off a significant proportion of its debt.

"The challenge put forward by Communications Minister Michelle Rowland, to reconsider proposed price increases, is complicated in that increasing wholesale prices is arguably necessary to fund delivery of the world-class speeds that Australian homes and businesses are craving," he claimed.

"However, it is a challenging time to mount this argument given that doing so would further strain consumers budgets during a cost of living crisis."

However, Pratt claimed, while the NBN Co faced an uphill battle against consumers, the government and the telco industry to show that higher wholesale prices would allow the company to meet Australian demands for world-class connectivity, "in the absence of an alternative, lifting prices may be the least-worst way forward for the average Australian taxpayer".