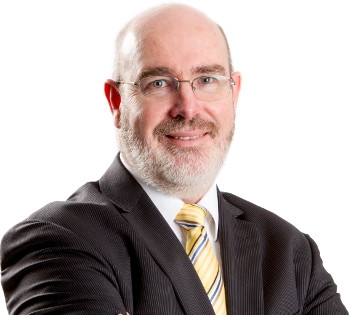 Australian networking solutions provider NetComm Wireless will supply hardware for the rollout of fibre-to-the-distribution-point connections — what the NBN Co calls fibre-to-the-curb — to about a million premises, the company's chief executive Ken Sheridan says.

Sheridan (below, right) told iTWire today that he had no idea about any expansion of the number of premises to receive the technology, though that was indeed a possibility.

NBN Co announced trials of the technology in October last year, with the tests being carried out in the Victorian suburb of Coburg.

On 3 April, NBN Co announced that about 1000 premises in Coburg and the suburb of Miranda in NSW were being provided the technology and they could apply after ascertaining their eligibility.

The terms FttDP and FttC have been used interchangeably in stories about the NBN, but there is a difference, as was pointed out to iTWire some time ago by Mark Gregory, associate professor in network engineering at RMIT. 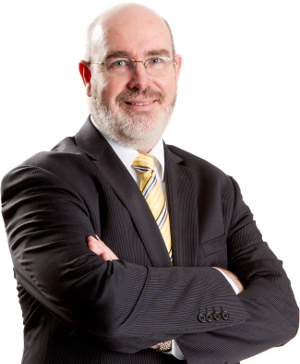 He pointed out in July last year that in the case of FttDP, the length of copper that formed the last bit of the connection was typically less than 40 metres.

In the case of FttC, it was a variation of fibre-to-the-node where fibre was rolled out to within 300 to 400 metres of premises to either a pit or pole, and copper cables used for the lead-in.

Sheridan said the external unit, known as the Distribution Point Unit which was reverse powered, would be installed in the telecommunications pit in the front of residences. One DPU would be able to serve up to four premises.

"The distance from the unit to the Network Connection Device within the house will be as short as 10 to 15 metres but the maximum distance can be as much as 200 metres," Sheridan said. 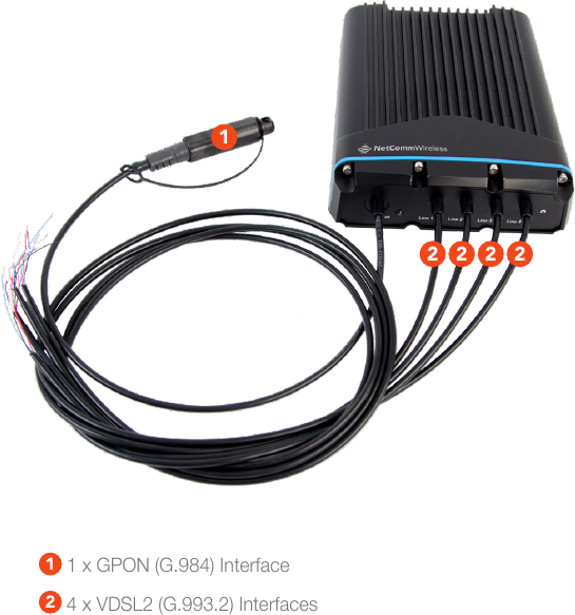 The NCD, he said, was an all-in-one device which provided power to the DPU, and supported VDSL2+ and G.Fast. This unit would be supplied by the retail service provider of choice after the NBN Co had installed the DPU for a residence. Customers would be able to hook it up themselves without any trouble, he added.

The units have been branded with the NBN logo in keeping with standard practice for all such equipment.

Asked about a claim by Corning Optical Communications that the Netcomm's NDD-4100 DPU infringes an Australian Innovation Patent, Sheridan repeated what the company had said last year when it issued a statement: "the patent is invalid for numerous reasons and, in any event, the NDD-4100 does not infringe the patent." 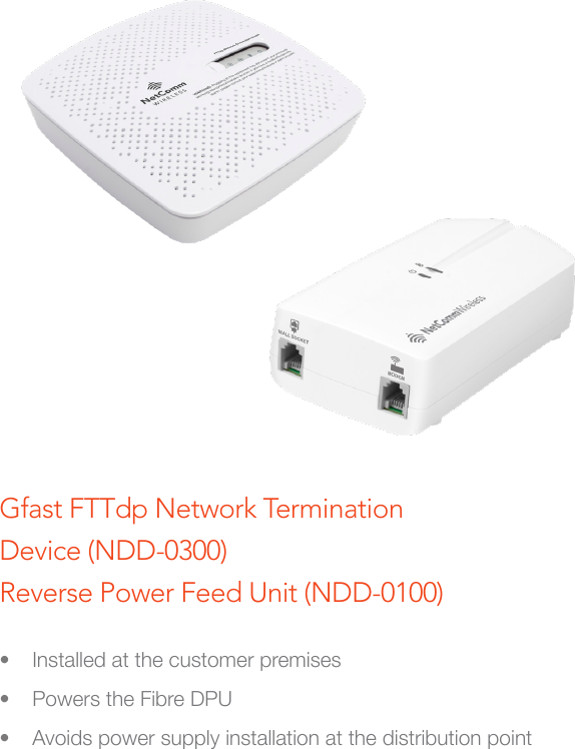 Sheridan said testing had gone according to schedule and he was extremely proud of the fact that the technology had been developed in labs within Australia.

"We are honoured to be NBN Co’s supplier on this important world first project. It is the product of Australian innovation and ingenuity and the benefits to Australian households and businesses will be profound," he said in a statement.

"Having met NBN Co’s exacting technical and quality standards, our solution is receiving significant interest from leading telcos in global markets and leading to export sales."

“Over the past few months, we have been working closely with service providers to test our systems and processes, the performance of the NBN Co FttC access technology, as well as the new self-installation experience.

“As with the introduction of any new technology, we will continue to gain insights as we navigate the complexity of the build as well as potential issues which can arise when people connect to the network.”

Sheridan said NetComm had no involvement in choosing which suburbs would receive the technology and this was entirely up to the NBN Co.