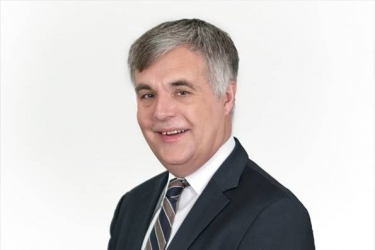 NBN Co announced the revisions in recognition of what it says have been the changes in the policy landscape and operating environment since the previous proposed SAU.

The key changes to nbn’s proposed SAU Variation are:

“The policy landscape has changed since we lodged our original proposed SAU Variation in March, allowing us to reconsider our proposal. We are suggesting further changes to the SAU over and above the significant changes we had already proposed and in the context of delivering government policy,” said NBN Co Chief Executive Officer, Stephen Rue..

“We are proposing further reductions in wholesale pricing while also seeking to ensure we remain financially resourced to invest in upgrades to the network for both speed and reliability. We need to maintain our ability to repay government and private debt and ensure we remain capable of achieving a standalone investment grade
rating, without requiring any additional government funding beyond existing commitments.

“We have reviewed the detailed submissions to the ACCC Consultation Paper and considered this important input. Central to our ongoing discussions with the Government, ACCC, retailers and other key stakeholders is the need to meet the growing broadband access needs of end customers, at a fair price, over the long term. This includes making sure we have appropriate wholesale speed tiers to suit a range of customer segments.

“We appreciate that retailers want price certainty, and this proposal provides for that. We believe that it is in the entire industry’s best interests that we build shared capabilities around a strong, competitive and continuously improving nbn® network with an excellent customer experience.

“We are planning to reduce our wholesale pricing to put higher speed broadband within easier reach of more customers. Our aim is to continue to support retailers and customers, so customers who are already connected to, or likely to connect to higher speed services in the future, will be able to do so at a reasonable price and be
assured of receiving high-quality broadband over a fast, secure and reliable network.

“The comprehensive and significant changes presented in our SAU Variation Discussion Paper would fundamentally change the way nbn is regulated and demonstrates our commitment to enable the delivery of high-speed, high-value services to customers.”