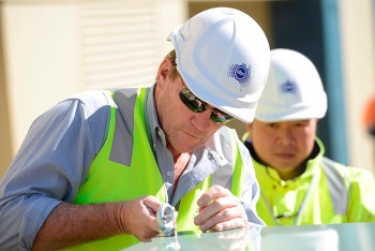 The company has not made any ground on improving its average revenue per user in the first half of the current financial year, with the figure stuck at $45, as per the half-yearly results which were issued on Wednesday morning.

NBN Co chief executive Stephen Rue said: “Our results in the first half of FY21 are very strong and underscore the strength of the business in what has been a challenging time for all Australians.

“Demand for higher speed broadband services has accelerated and we have seen and experienced profound changes in the way we work, the way we connect with family, friends and colleagues, and the way Australians access essential services such as healthcare and lifelong learning.

“Our revenue and EBITDA exceeded forecasts in the first half, and it was particularly pleasing to see the stronger than expected new customer activation numbers, demonstrating Australians’ reliance on the NBN network to meet their everyday needs. 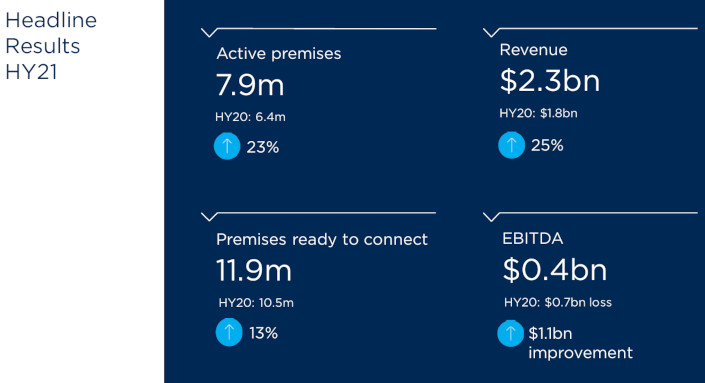 “The strong total revenue growth in the first half puts us in solid position to achieve positive full-year Statutory EBITDA for the first time, which will be a significant financial milestone for the company."

The improvement was in large part due to the decrease in payments to Telstra and Optus, with $809 million being paid in this period, compared to $1.4 billion in HY2020. 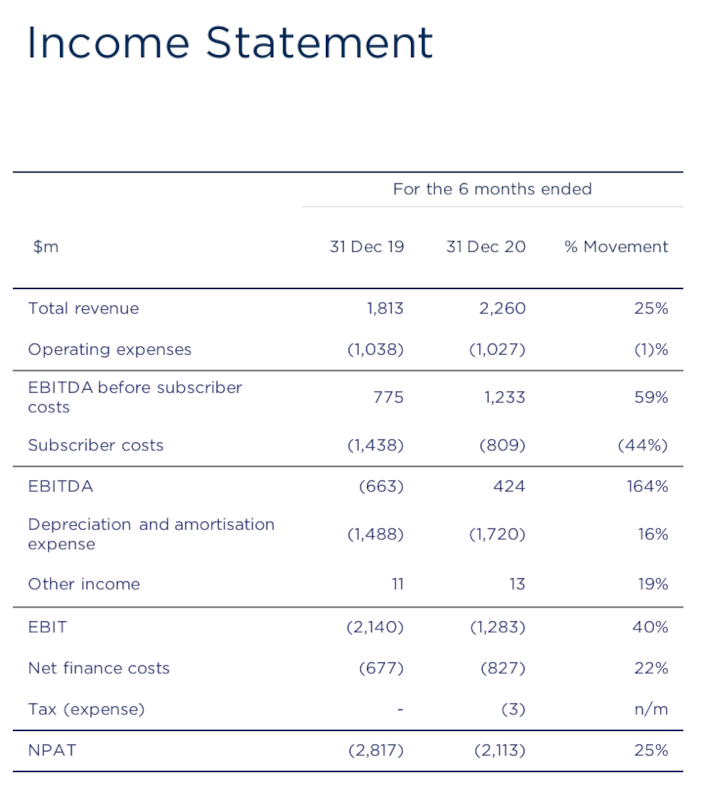 NBN Co said it had connected more than 7.9 million premises by 31 December, and was well placed to meet its Corporate Plan 2021 target of 8.2 million connected premises by 30 June 2021, despite current challenges in the HFC supply chain.

New HFC connections have been put on hold due to a supply chain issue which is resulting in a shortage of network termination devices.

A total of more than 11.9 million premises were made Ready to Connect by 31 December.

More in this category: « AARNet terabit network to North Asia goes live for research, education Another 100,000 premises to get fibre as NBN Co rollout progresses »
Share News tips for the iTWire Journalists? Your tip will be anonymous