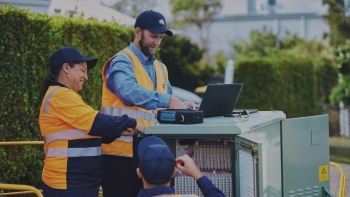 Losses continue to mount in the rollout of Australia’s national broadband network, with an after tax loss of $4780 million for the 2018 financial year, still two years out from scheduled completion in 2020.

This latest loss comes after Federal Government equity injections of $2,035 million for the year, bringing the government’s total committed equity funding to $29.5 billion.

With two years still to run for the rollout, by the end of the 2018 financial year, seven million premises had been declared ready to connect, which NBN Co says allows about 60% of Australian premises able to order a service over the NBN.

And, together with retail service providers, NBN Co reported it had activated broadband services over the NBN network to four million premises during the year.

NBN Co also reported what it says is a “significant growth” in revenue for the 2018 year, driven by the increased take-up of services over the NBN network as the rollout progresses.

NBN Co says telecommunications revenue increased from an average revenue per user of $43 in the previous year to $44 for 2018, mainly driven by demand for CVC (the fee imposed on RSPs per unit of bandwidth they buy) capacity by RSPs as end users continue to consume more data.

And during the year NBN Co increased its number of employees from 5965 to 6184, and was supported by about 670 temporary contractors.